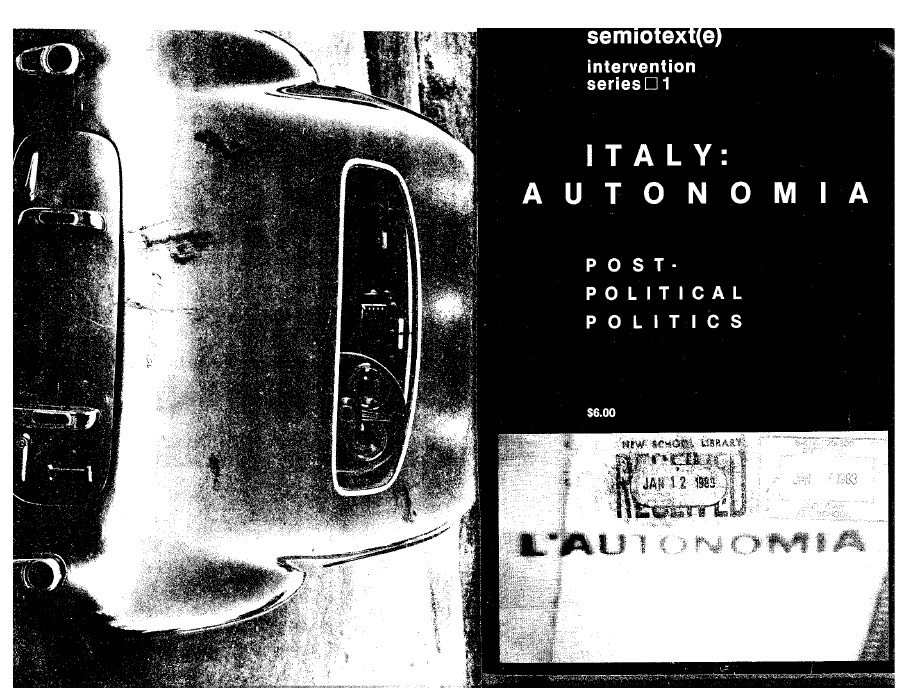 “Semiotext(e)’s legendary magazine issue Italy: Autonomia: Post-Political Politics. Edited by Sylvère Lotringer and Christian Marazzi with the direct participation of the main leaders and theorists of the Autonomist movement (including Antonio Negri, Mario Tronti, Franco Piperno, Oreste Scalzone, Paolo Virno, Sergio Bologna, and Franco Berardi), this volume is the only first-hand document and contemporaneous analysis that exists of the most innovative post-’68 radical movement in the West. The movement itself was broken when Autonomia members were falsely accused of (and prosecuted for) being the intellectual masterminds of the Red Brigades; but even after the end of Autonomia, this magazine remains a crucial testimony of the way this creative, futuristic, neo-anarchistic, postideological, and nonrepresentative political movement of young workers and intellectuals anticipated issues that are now confronting us in the wake of Empire.”