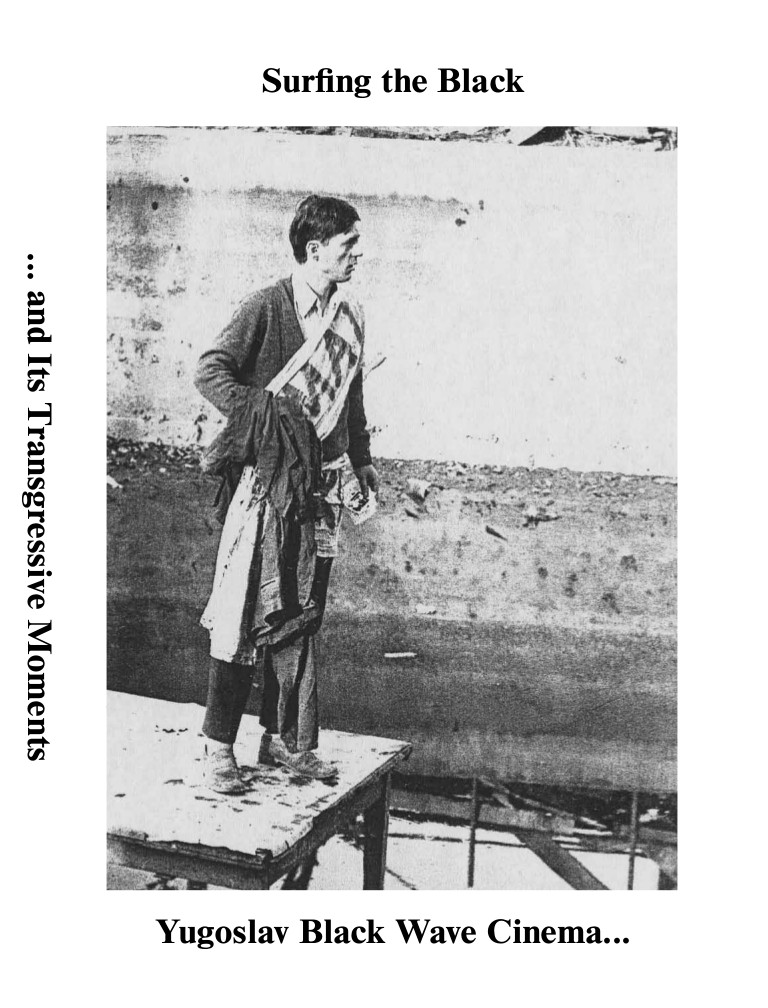 The Yugoslav black wave cinema of the sixties and the seventies is one of the grand, though hidden, chapters of cinema history. Talented young authors, working under the sign of individual expression and aesthetic experimentation, pushed and explored the limits of the constraints of a socialist state. Their efforts lead to a new path of visual expression, so outstanding by its social and political engagement, its formal invention and its courage.

This book is the result of a multi-disciplinary research attempting to cross over politics, philosophy, design, art, architecture, and some speculative thinking. Starting from archival work, interviews, seminars, screenings and a conference, Surfing the Black has found its (temporary) conclusion in a publication consisting of six theoretical essays and three fanzines that open up the black wave film experience to current affairs. This is Yugoslavia, and modern cinema, at its blackest and brightest.

With six theoretical essays (by Boris Buden, Pavle Levi and Owen Hatherly, among others) and fanzines comprising an interview with one of the most important Yugoslav filmmakers, Želimir Žilnik, and a comprehensive glossary of terms that belong to the period and field of Yugoslav culture and politics, this is the first book on the subject in the English-speaking world.