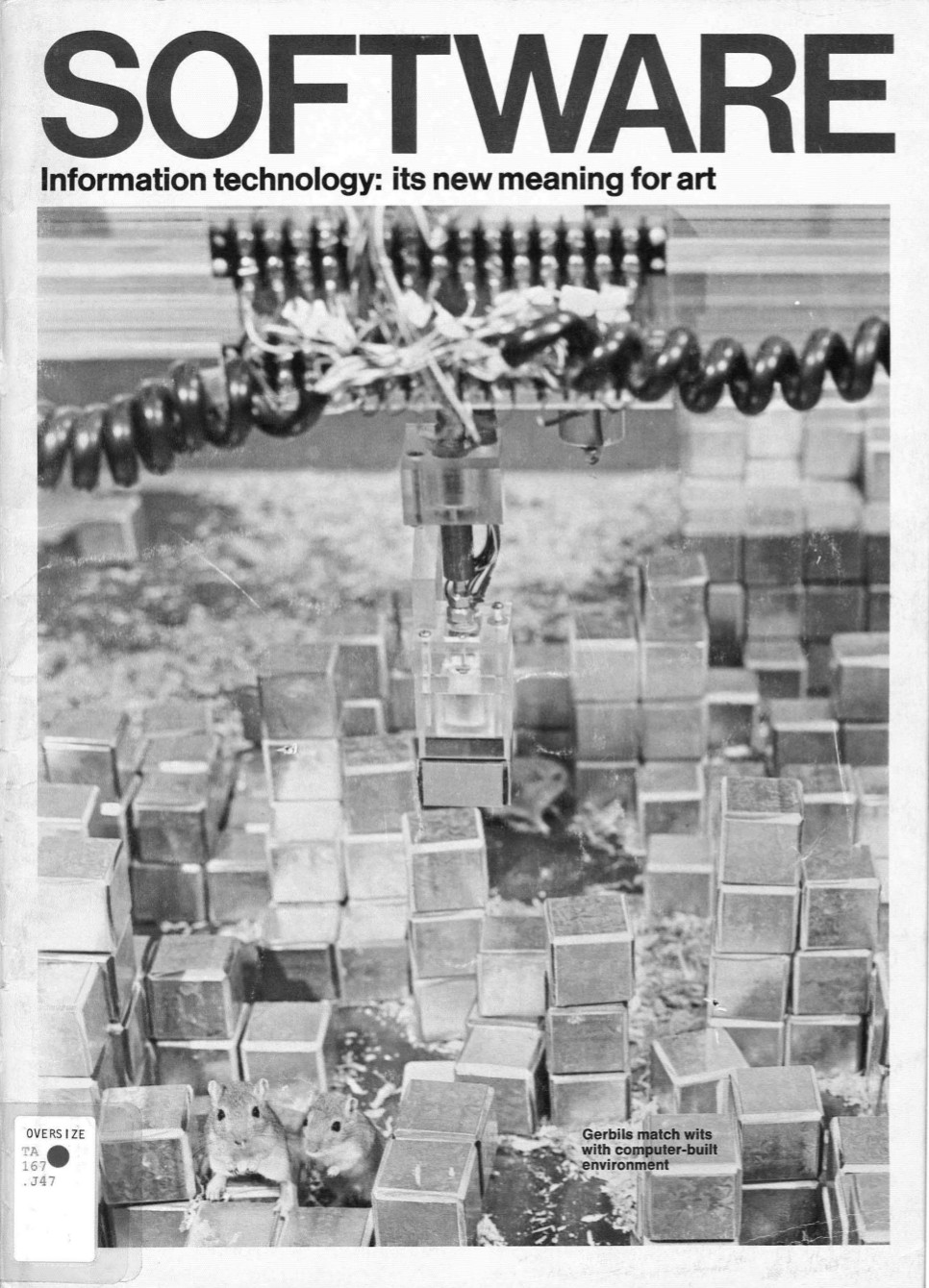 Software was a show curated by an artist and critic Jack Burnham for the Jewish Museum in Brooklyn, New York City, 16 September – 8 November 1970, and the Smithsonian Institution, Washington, D.C., 16 December 1970 – 14 February 1971. The show put together computers and conceptual artists, linking them through the idea of software as a process or a program to be carried out by a machine or, why not, by the audience based on “instruction lines” formulated by the artist.