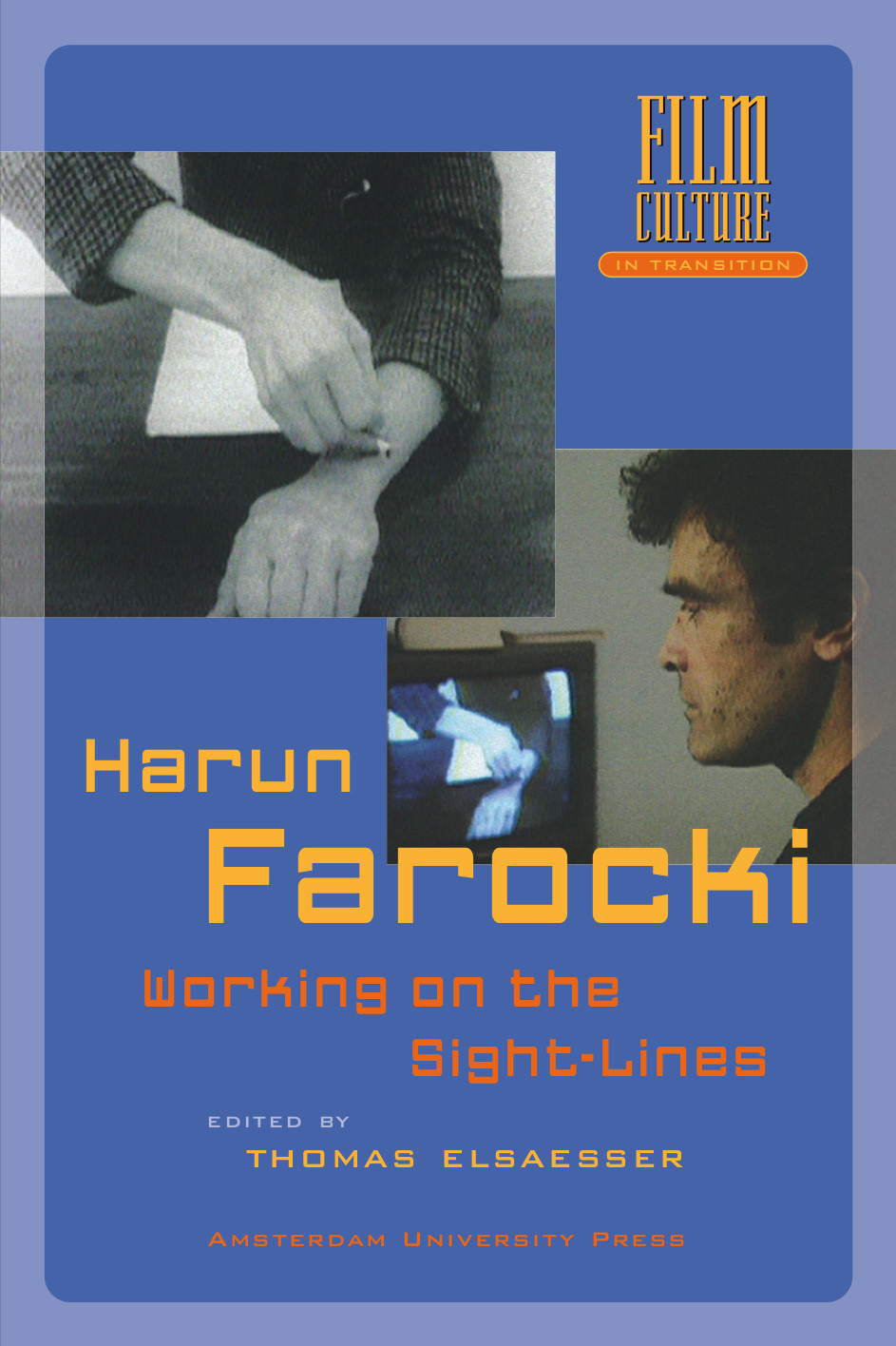 “For more than thirty years Harun Farocki has been a filmmaker, documentarist, film-essayist and installation artist. What preoccupies him above all is not so much an image of life, but the life of images, as they surround us in the newspapers, the cinema, history books, user manuals, posters, CCTV footage and advertising.

In this monograph, Elsaesser approaches Farocki’s work from different critical perspectives, as well as reflecting on his extraordinary biography. The volume is complemented by interviews, a selection of writings by Farocki and an annotated filmography.”