Stan VanDerBeek: Violence Sonata / The History of Violence in America (1970) 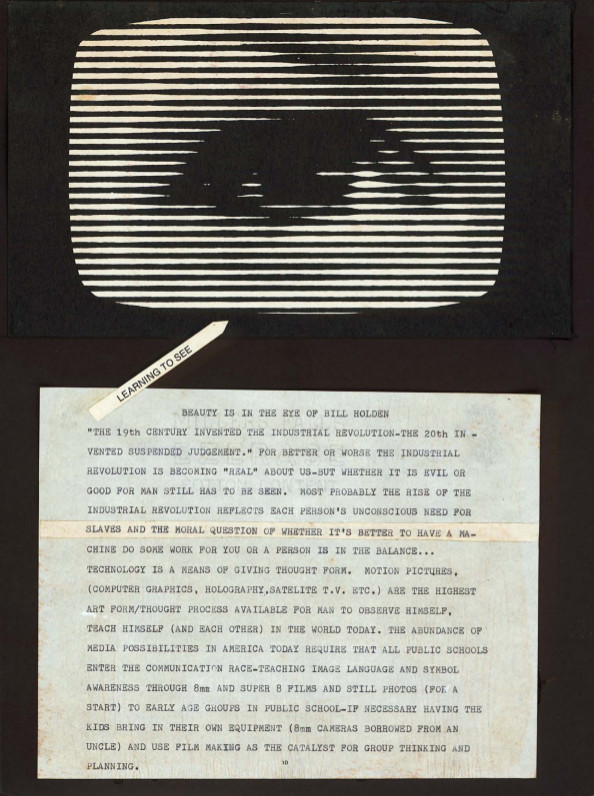 Stan VanDerBeek was part of the “Rockefeller Artists-in-Television” residency program at Boston public television station WGBH from 1969–1970, during which time he produced the simulcast television program Violence Sonata. The program, directed by David Atwood and Fred Barzyk, was transmitted simultaneously on both Channels 2 and 44 on January 12, 1970, with the suggestion that viewers place two television sets side-by-side. Following sonata form, the piece is composed of three segments: “Man,” “Man to Woman,” and “Man to Man.” The simultaneous broadcast consisted of material VanDerBeek composed from previous films, archival and newsreel footage, video shot in Boston for the show, and filmed collages, further manipulated and enhanced through overlays and color saturation. Sections of the broadcast were played before a live studio audience, with actors also performing a play written by VanDerBeek for the show. Home viewers were encouraged to call in their responses to the program between the acts. The series of collages entitled The History of Violence in America was conceived as layouts for reproduction and publication in a booklet to accompany the broadcast.