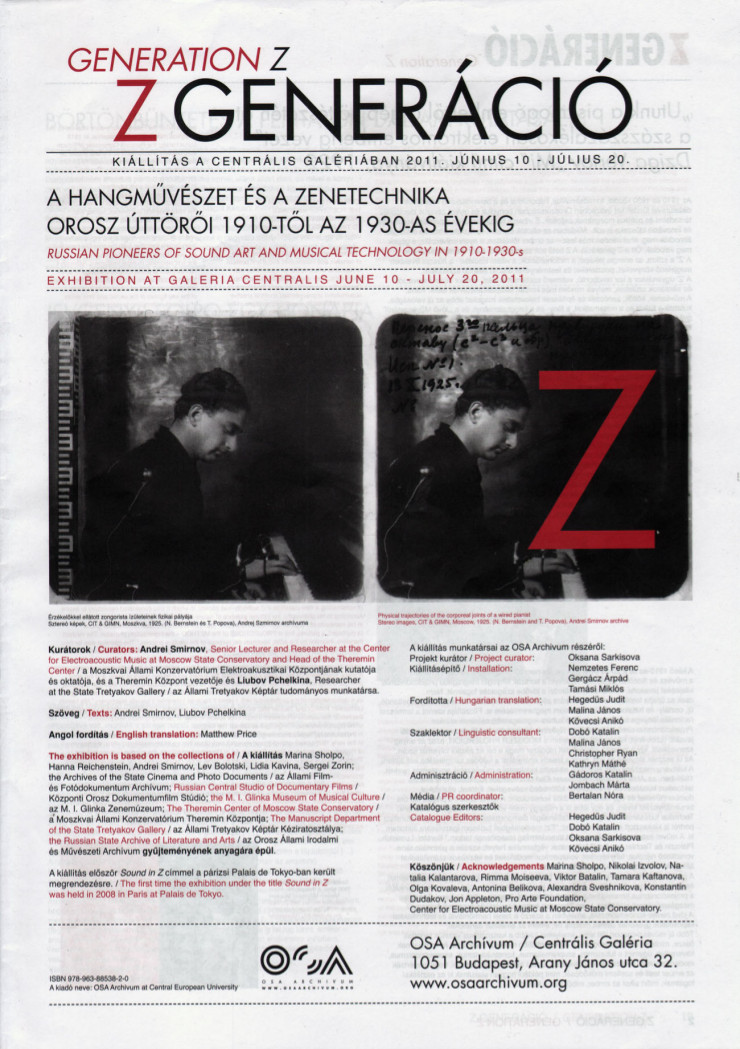 Variophone, theremin terpsitone, rhythmicon, emiriton, ekvodin, graphical sound – just to mention a few of the amazing innovations of the beginning of the 20th century in Soviet Russia, a country and time turbulent with revolutions, wars and totalitarian dictatorship.

While the history of Russian post-revolutionary avant-garde art and music is fairly well documented, the inventions and discoveries, names and fates of researchers of sound, creators of musical machines and noise orchestras, founders of new musical technologies have been largely forgotten except, perhaps, Leon Theremin, inventor of the first electronic musical instrument, the theremin.

This community of creators, however, was inherently incompatible with the totalitarian state. By the late 1930s it became effectively written out of histories, wiped out from text books.

Many of their ideas and inventions, considered as utopian at that time, were decades later rein¬vented abroad. We still use them today not knowing their origin.

This booklet was produced for the Budapest edition of a traveling exhibition curated by Andrei Smirnov of the Theremin Center and Liubov Pchelkina of the State Tretyakov Gallery.