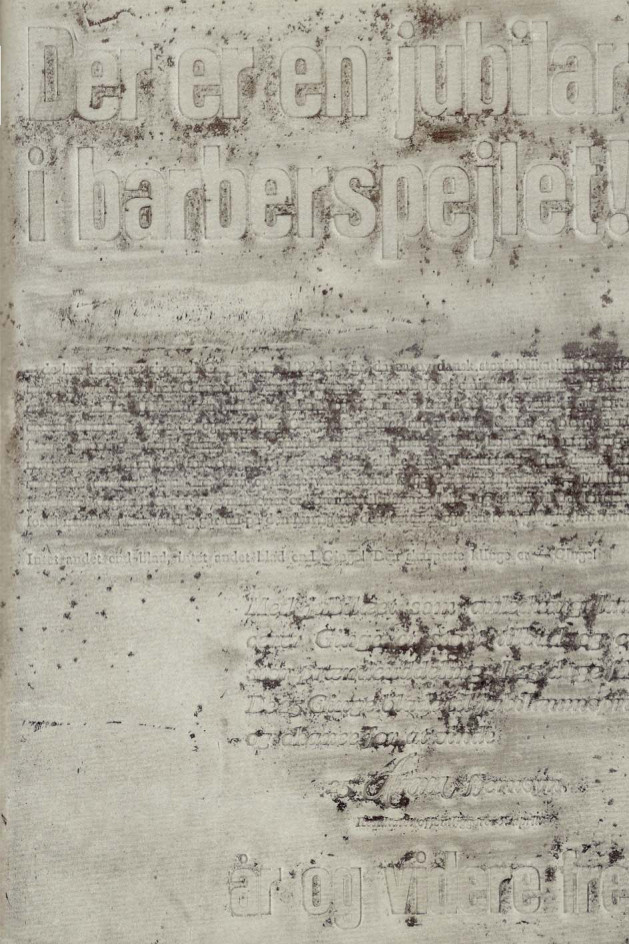 “Fin de Copenhague [Goodbye to Copenhagen] is the first collaboration between Asger Jorn and Guy Debord. The book is credited to Jorn, with Debord listed as “Technical Adviser in Détournement”.

The pages include text in English, French, German, and Danish; illustrations of whisky bottles beer bottles and cigarettes; aeroplanes and ocean going liners; cartoons of well dressed men and pretty girls and various maps of Copenhagen. Each page is covered with a second layer of coloured ink drops and drips, most of which go right to left, emphasising the direction of the book from beginning to end.

The book was published by Jorn’s Edition Bauhaus Imaginiste in May 1957, a few months before this group amalgamated with the Lettrist International to create the Situationists.”