MIT and the Prosecution of Aaron Swartz (2013) 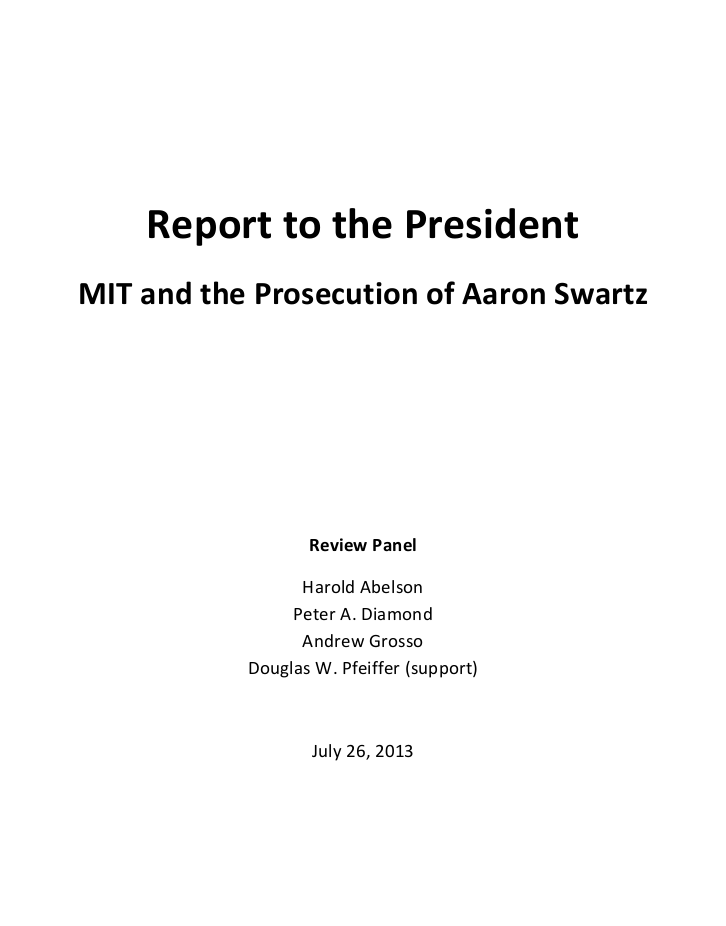 “In January 2013, MIT President L. Rafael Reif asked Professor Hal Abelson to lead a thorough analysis of MIT’s involvement in the Aaron Swartz matter, from the time that MIT first perceived unusual activity on its network in fall 2010 up to the time of Aaron Swartz’s suicide on January 11, 2013.

On July 26, 2013, Professor Abelson and his team submitted their report to President Reif.” (source)

“Abelson and his panel interviewed 50 people and reviewed 10,000 pages of documents to produce the report, about 3,000 of which were released in redacted form.” (source)

publisher
summary from the publisher

One Response to “MIT and the Prosecution of Aaron Swartz (2013)”