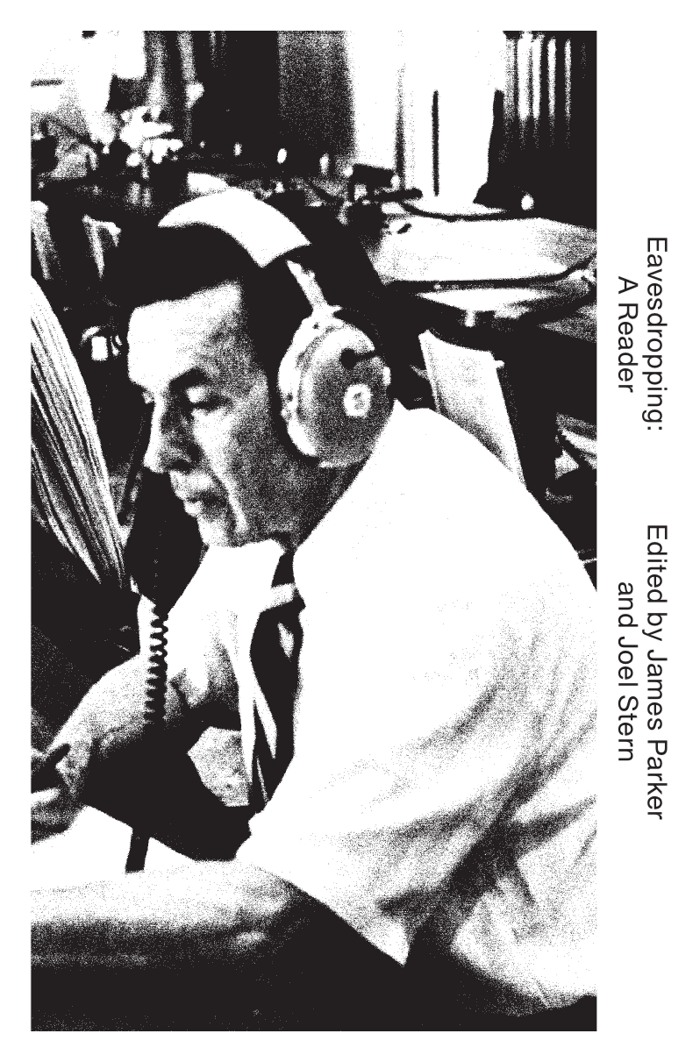 “Eavesdropping: A Reader addresses the capture and control of our sonic world by state and corporate interests, alongside strategies of resistance. For editors James Parker (Melbourne Law School) and Joel Stern (Liquid Architecture), eavesdropping isn’t necessarily malicious. We cannot help but hear too much, more than we mean to. Eavesdropping is a condition of social life. And the question is not whether to eavesdrop, therefore, but how.”