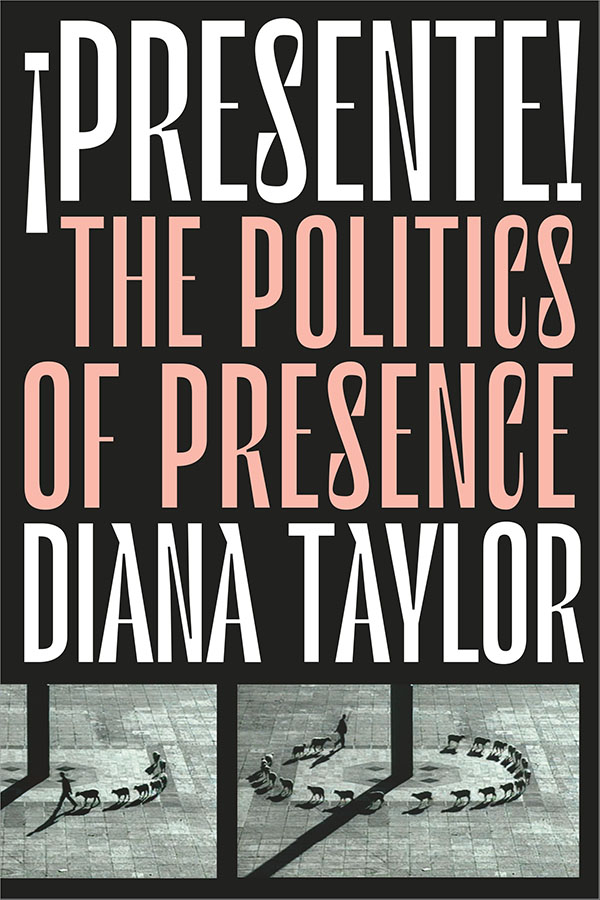 “In ¡Presente! Diana Taylor asks what it means to be physically and politically present in situations where it seems that nothing can be done. As much an act, a word, an attitude, a theoretical intervention, and a performance pedagogy, Taylor maps ¡presente! at work in scenarios ranging from conquest, through colonial enactments and resistance movements, to present moments of capitalist extractivism and forced migration in the Americas. ¡Presente!—present among, with, and to; a walking and talking with others; an ontological and epistemic reflection on presence and subjectivity as participatory and relational, founded on mutual recognition—requires rethinking and unlearning in ways that challenge colonial epistemologies. Showing how knowledge is not something to be harvested but a process of being, knowing, and acting with others, Taylor models a way for scholarship to be present in political struggles.”