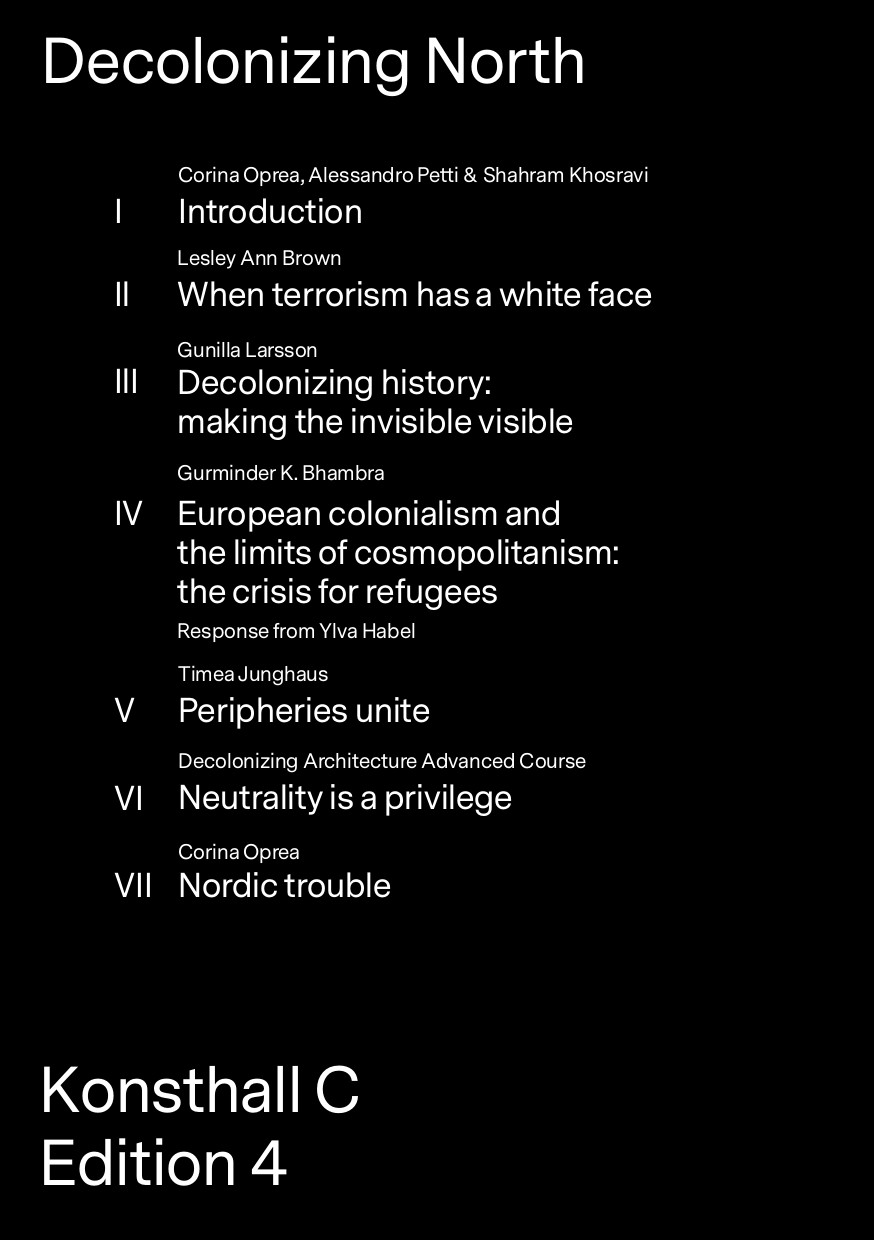 “The north is not only a geographical expression, it indicates often a power relation based on presumption of superiority. Despite violent border regimes and colonial processes on indigenous populations, northern European countries have scarcely dealt with their self-image of colonial powers. Is decolonization today a possible political project of liberation against this historical prejudice? What is at stake and how should we position ourselves within an imperative process of decolonization in relation to land and knowledge? In particular, how to de-align from the reproduction of oppressive structures and look instead to new alliances between native and migrants’ populations, and towards solidarity practices within art, discourse and immediate locality.

Addressing a range of topics in relation to contemporary colonial forms, inner-nordic colonialization of Sámi and Inuit, reflections on decolonizing terminologies, white supremacy the publication focuses on questions of decoloniality and its meaning for the particularities of North Europe today.”