Christopher Alexander: Notes on the Synthesis of Form (1964) 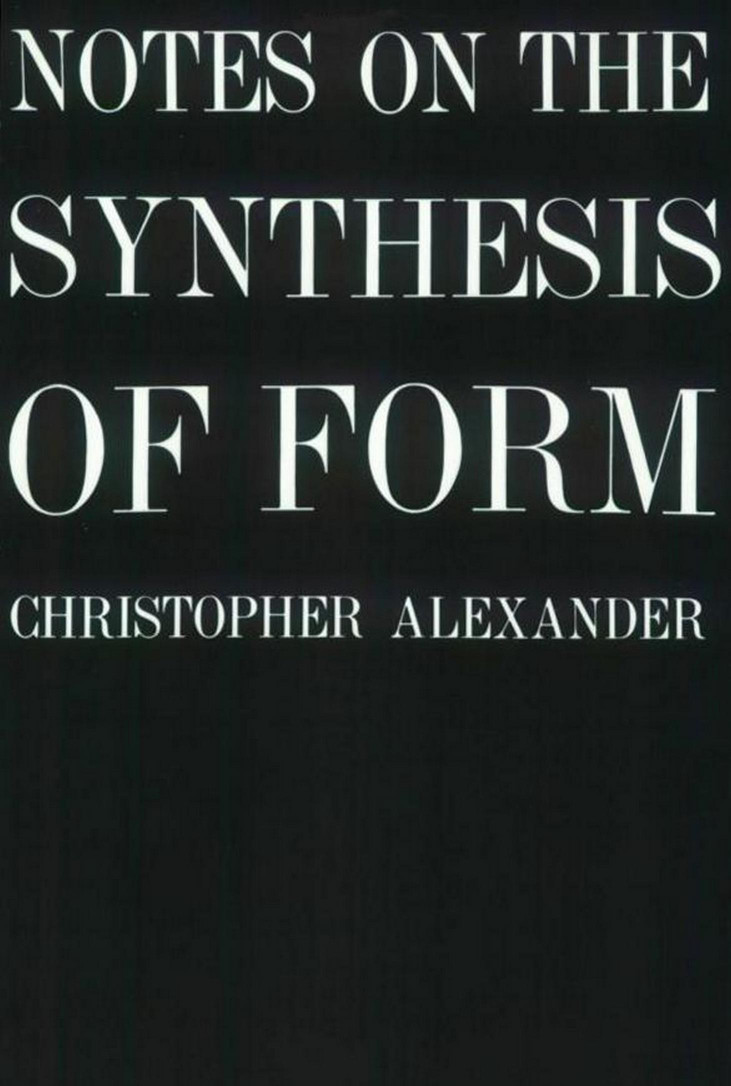 In the first part of the book, Christopher Alexander discusses the process by which a form is adapted to the context of human needs and demands that has called it into being. He shows that such an adaptive process will be successful only if it proceeds piecemeal instead of all at once. It is for this reason that forms from traditional unselfconscious cultures, molded not by designers but by the slow pattern of changes within tradition, are so beautifully organized and adapted. When the designer, in our own self-conscious culture, is called on to create a form that is adapted to its context he is unsuccessful, because the preconceived categories out of which he builds his picture of the problem do not correspond to the inherent components of the problem, and therefore lead only to the arbitrariness, willfulness, and lack of understanding which plague the design of modern buildings and modern cities.

In the second part, Mr. Alexander presents a method by which the designer may bring his full creative imagination into play, and yet avoid the traps of irrelevant preconception. He shows that, whenever a problem is stated, it is possible to ignore existing concepts and to create new concepts, out of the structure of the problem itself, which do correspond correctly to what he calls the subsystems of the adaptive process. By treating each of these subsystems as a separate subproblem, the designer can translate the new concepts into form. The form, because of the process, will be well-adapted to its context, non-arbitrary, and correct.

The mathematics underlying this method, based mainly on set theory, is fully developed in a long appendix. Another appendix demonstrates the application of the method to the design of an Indian village.