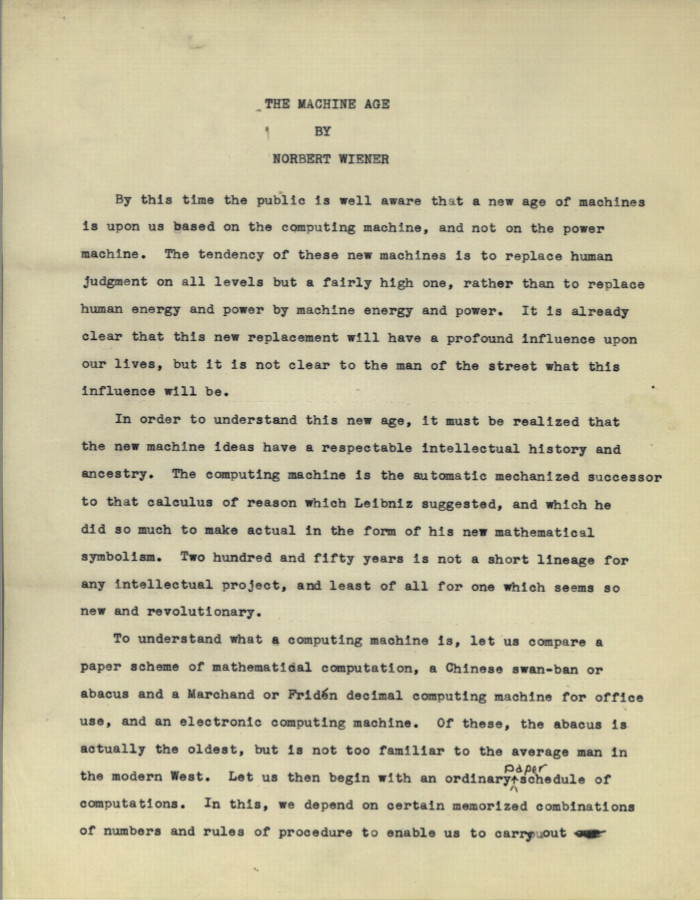 In 1949, The New York Times invited MIT mathematician Wiener to summarize his views about ‘what the ultimate machine age is likely to be,’ in the words of its longtime Sunday editor, Lester Markel. Wiener accepted the invitation and wrote a draft of the article; but Markel was dissatisfied and asked him to rewrite it. Wiener did. But things fell through the cracks and his article was never published.

It languished in the MIT Libraries’ Archives and Special Collections until December 2012, when it was discovered by Anders Fernstedt, an independent scholar who is researching the work of Karl Popper. Almost 64 years after Wiener wrote it, his essay is still remarkably topical, raising questions about the impact of smart machines on society and of automation on human labor. (from The New York Times)