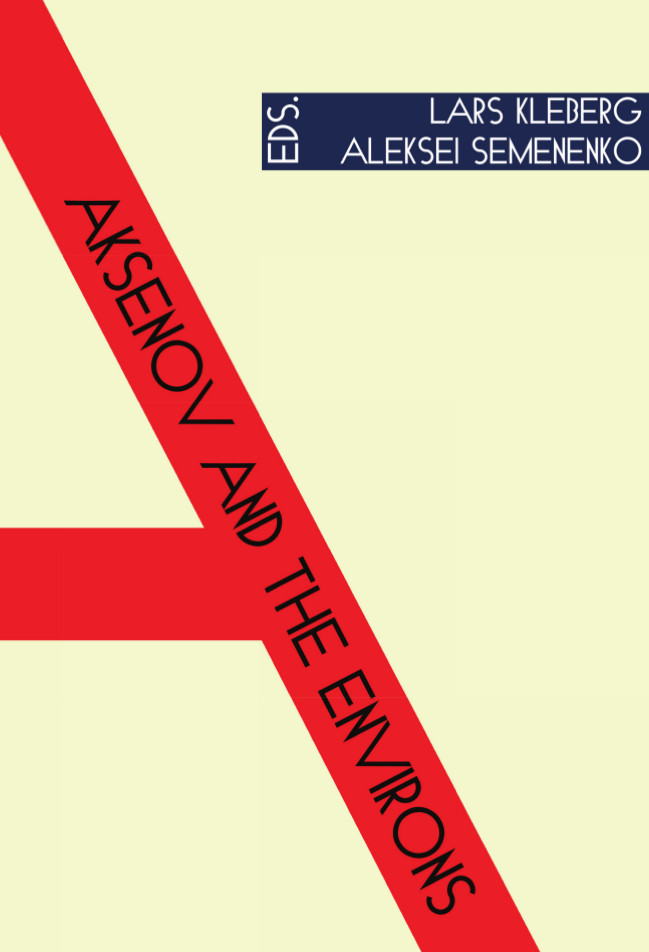 “Ivan Aleksandrovich Aksenov (1883-1935), critic, poet, and translator, was an outstanding representative of the Russian avant-garde art.

In the 1920s, Aksenov was close to the constructivists and worked in the theatre of Vsevolod Meyerhold, also serving as the dean of its directors’ school. Aksenov’s analysis of the problems of mis-en-scène, more geometrical than ideological, influenced a new generation of directors, headed by Sergei Eisenstein.

For different reasons, Ivan Aksenov’s life and works have remained unknown outside a small circle of initiated readers. During the Soviet era, he was soon marginalized because of his engineer’s view of art and his anti-ideological position. Later, specialised scholars ignored him, finding it too difficult to grasp his versatile personality, which was both original and representative of the multi-faceted Russian avant-garde movement.

This book of essays by authors from nine different countries sheds light on the writer’s extraordinary contribution to Russian culture.”