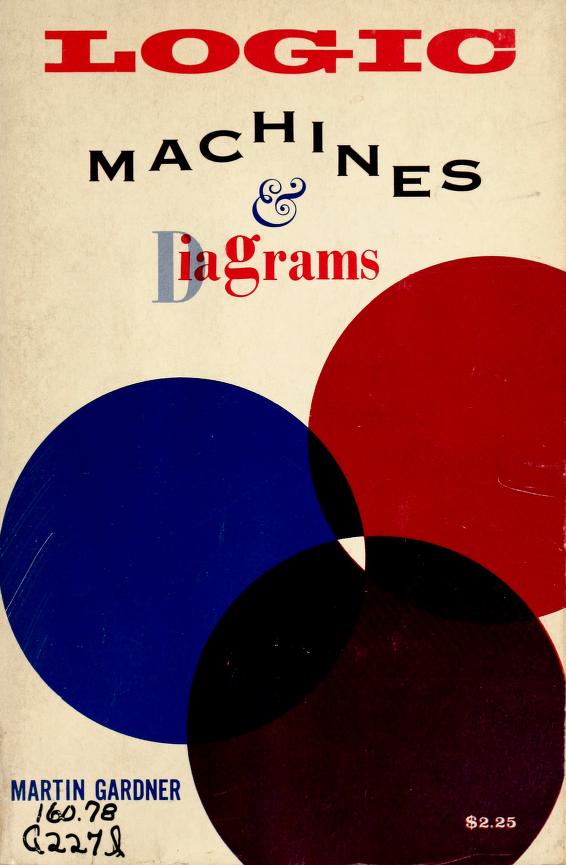 “A logic machine is a device, electrical or mechanical, designed specifically for solving problems in formal logic. A logic diagram is a geometrical method for doing the same thing. The two fields are closely intertwined, and this book is the first attempt in any language to trace their curious, fascinating histories. [..]

The reader may wonder why so much of the first chapter is devoted to the life and personality of Ramon Llull. The answer is that Ramon’s life is much more fascinating than his eccentric logic. Other logicians mentioned in the book may have been far from dull to those who knew them, but with the possible exception of Lord Stanhope, recorded details of their lives are comparatively drab and colorless. Llull’s Quixotic career is little known outside of Spain and France, and I make no apologies for introducing the reader to one of the most remarkable tragicomic figures of the Middle Ages.” (from the Introduction)