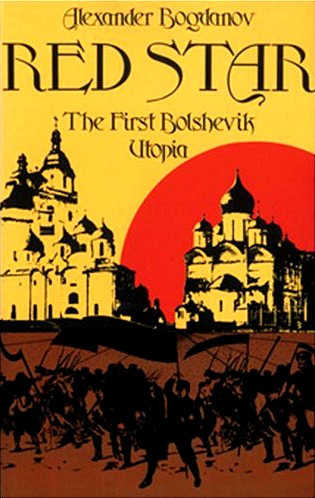 A communist society on Mars, the Russian revolution, and class struggle on two planets is the subject of this arresting science fiction novel by Alexander Bogdanov (1873–1928), one of the early organizers and prophets of the Russian Bolshevik party. The red star is Mars, but it is also the dream set to paper of the society that could emerge on earth after the dual victory of the socialist and scientific-technical revolutions. While portraying a harmonious and rational socialist society, Bogdanov sketches out the problems that will face industrialized nations, whether socialist or capitalist.

The book also includes Engineer Menni, a historical novel about the social revolution on Mars, first published in 1913, and the poem A Martian Stranded on Earth, first published as a supplement to the second edition of Red Star in 1924, about a Martian who has reached Earth but is unable to return to his native planet. where mankind has attained a superior level of communist civilization.