You Killed Me First: The Cinema of Transgression (2012) [English/German] 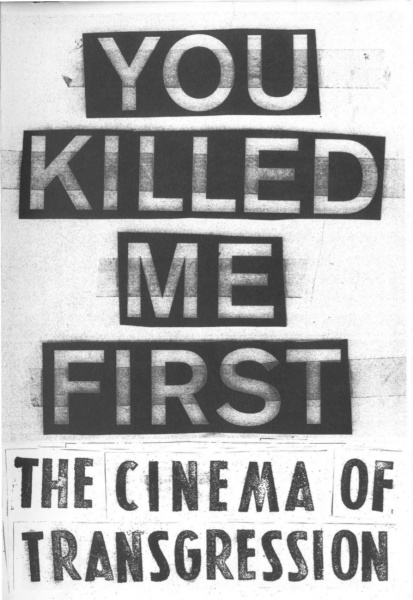 “Basically, in one sentence, give us the definition of the ‘Cinema of Transgression’.” Nick Zedd: “Fuck you.”

Nightmarish scenarios of violence, dramatic states of mind, and perverse sexual abysses – the films of the Cinema of Transgression that were consciously aimed at shock, provocation, and confrontation, bear witness to an extraordinary radicality. In the 1980s a group of filmmakers from the Lower East Side in New York went on a collision course with the conventions of American society. Transcending all moral or aesthetic boundaries, the low budget films reveal social hardship met with sociopolitical indifference. Sometimes shot with stolen camera equipment, the films contain strident analyses of life in the Lower East Side defined by criminality, brutality, drugs, AIDS, sex, and excess. The catalogue is published on the occasion of the worldwide first exhibition on the Cinema of Transgression, You Killed Me First at KW Institute of Contemporary Art in Berlin.