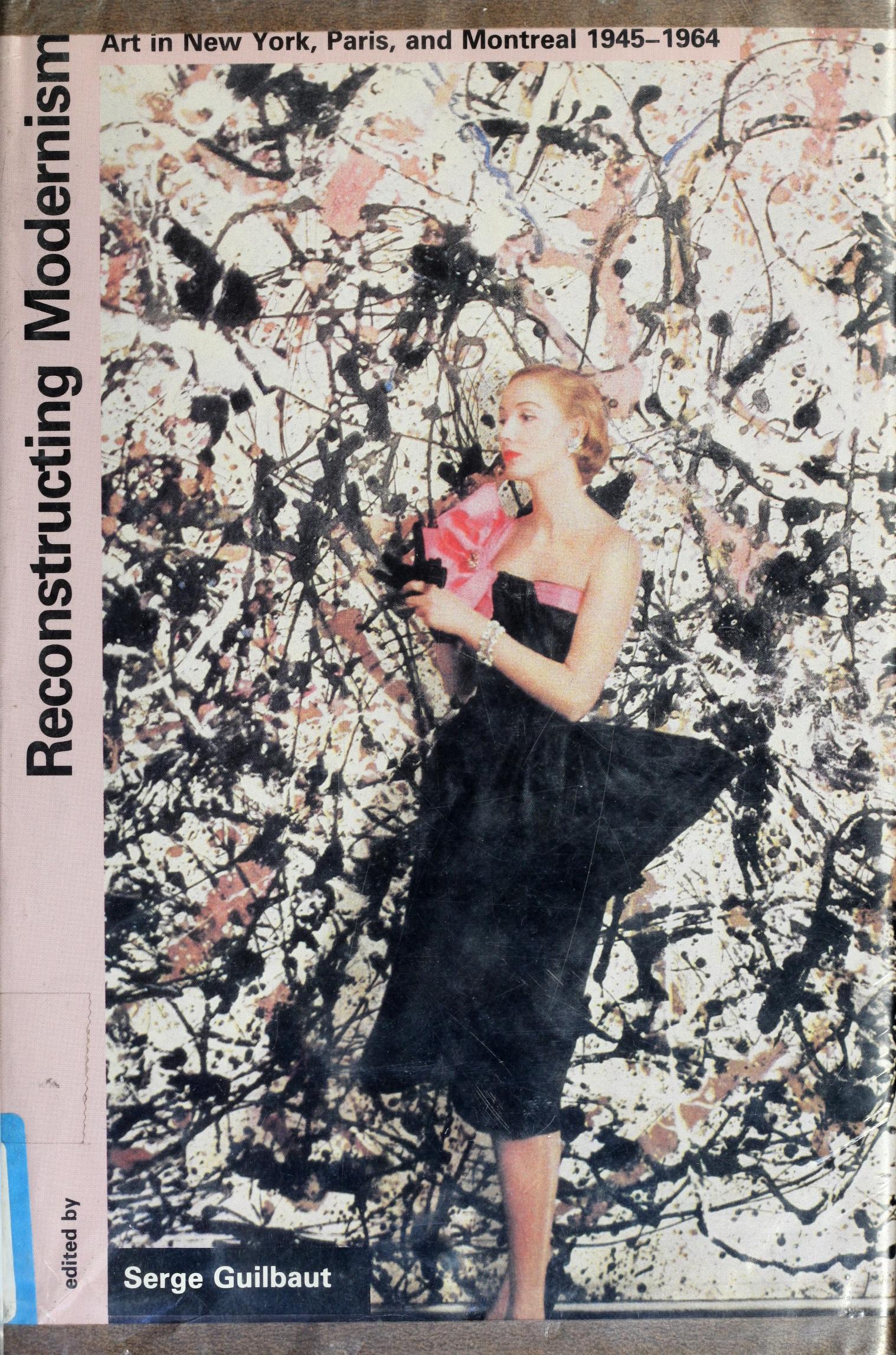 “I Knew It To Be So!” Forrest Bess, Alfred Jensen, Myron Stout: Theory and the Visionary (1984) 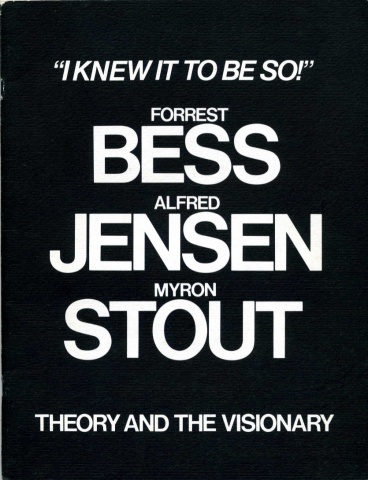 Black-and-white catalogue for an exhibition curated by Lawrence Luhring and David Reed for the New York Studio School and Muhlenberg College, Allentown, PA. With essays by John Yau, Luhring, Reed and Thomas Hudspeth. 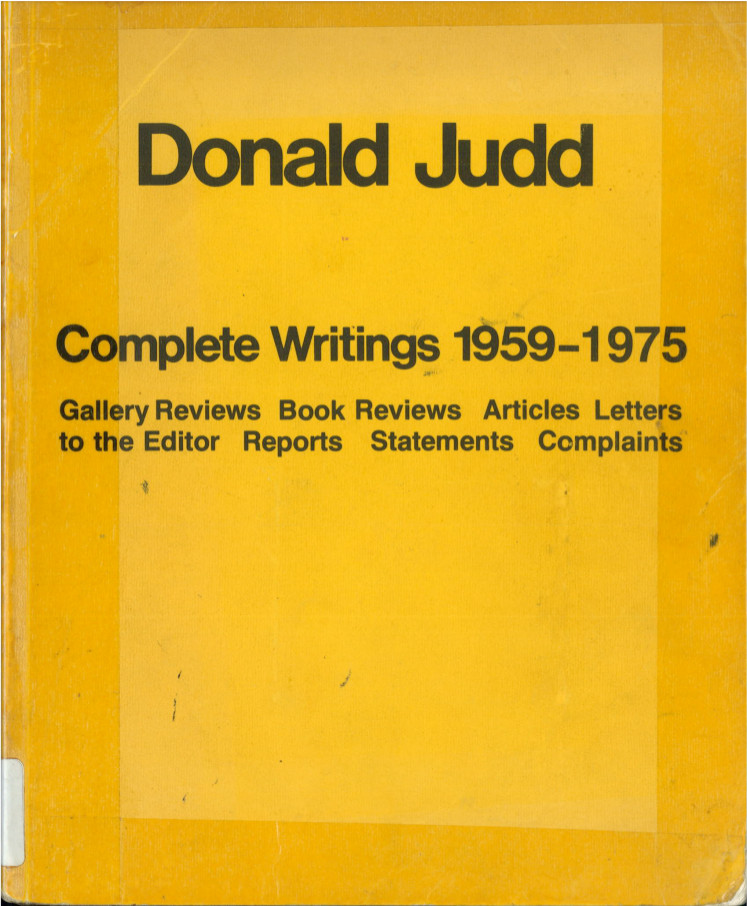 Originally published in 1975, this collection of Donald Judd’s writings is now a sought-after classic. His uncompromising reviews avoid the familiar generalizations so often associated with the styles of emerging during the 1950s and 60s. This book is not a mere survey of the art produced and exhibited during that period. Instead, Judd discusses in detail the work of more than five hundred artists showing in New York at that time and provides a critical account of this significant era in American art. While addressing the social and political ramifications of art production, the writings focus on the work of Jackson Pollock, Kasimir Malevich, Barnett Newman, Ad Reinhardt, John Chamberlain, Larry Poons, Kenneth Noland, and Claes Oldenburg. His 1965 “Specific Objects” essay, a discussion of sculptural thought in the 60s, is included alongside the notorious polemical essay “Imperialism, Nationalism, Regionalism” (1975). Three hundred reproductions as well as an extensive index accompany the text.