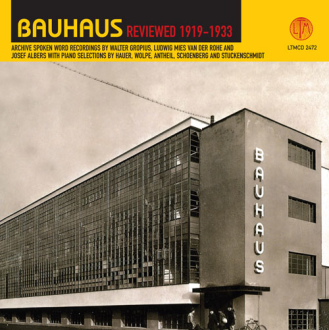 “This full-length archive CD explores the highly influential Bauhaus school of art and architecture, which operated in Germany between 1919 and 1933.

The spoken word element is centred on a revealing talk by Walter Gropius, the architect and theoretician who founded the Bauhaus in 1919. The album also includes contributions from the school’s third and final director, architect Ludwig Mies van der Rohe, as well as teacher Josef Albers. All interviews are in the English language.