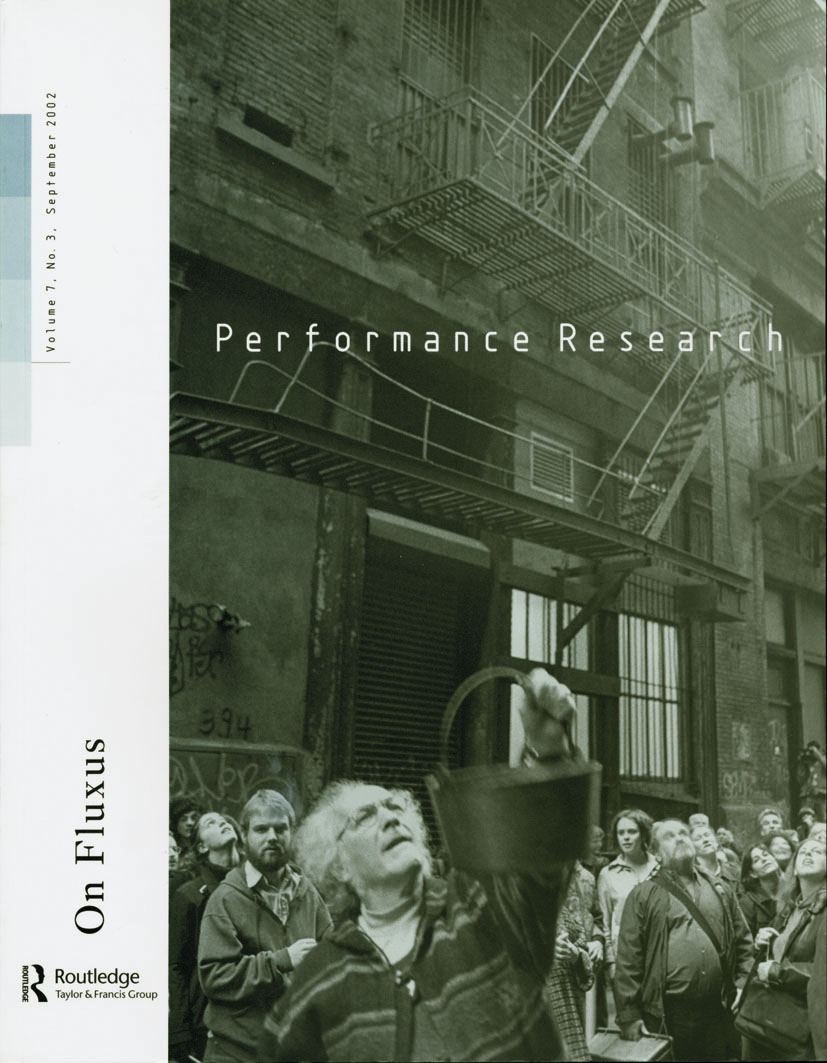 “To mark the 40th anniversary of the first Fluxus festival in Wiesbaden, Germany, and the 30th anniversary of Fluxshoe which toured England with a series of performances, concerts, and exhibitions (1972–3), ‘On Fluxus’ continues the volume theme of ‘textualities, scores and documents’ and focuses on the relationship of writing and textuality to Fluxus. Fluxus was an international community of artists, architects, designers, and composers described as ‘the most radical and experimental art movement of the 1960s’. As a laboratory of experimental art, Fluxus was the first locus of intermedia, concept art, events, and video, and a central influence on performance art, arte povera, and mail art.”