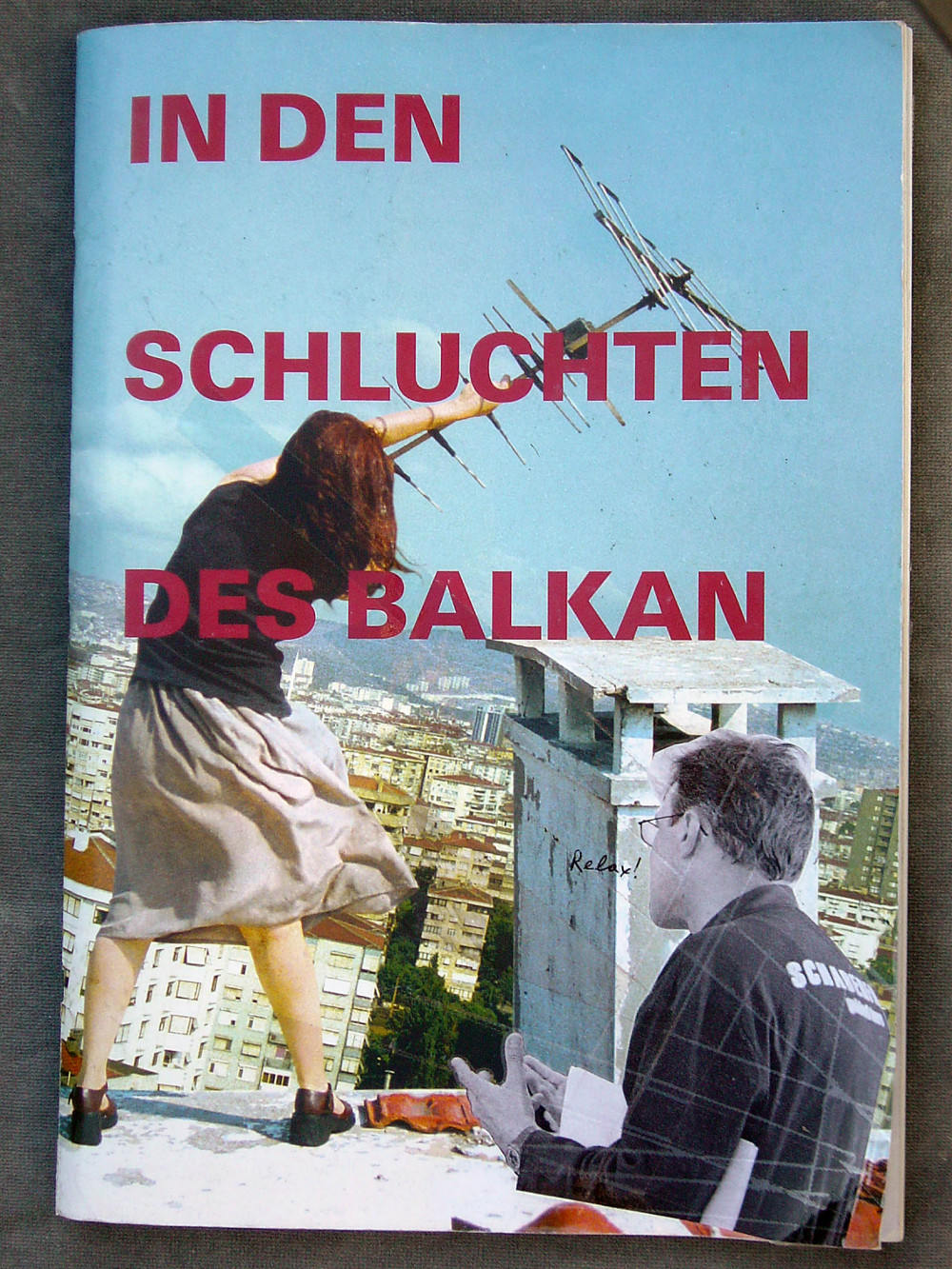 Catalogue for an exhibition at Documenta 2003 with hand-written notes from an artist who worked there as a guide.

Statement: “This is my artist’s book based on the altered and heavily manipulated catalogue of the exhibition of contemporary art from the Balkans titled In the Gorges of the Balkans, 2003, in Kunsthalle Fridericianum in Kassel, Germany. The book is part of my work-in-progress titled Schadenfreude Guided Tours (2003), which originated in and with this show. The work is the visual-textual summary of the tours. Along with many drawings, objects and a 4-part video documentation of the tours in Kassel, the book is in the collection of René Block, the curator of that show. I am very grateful to René for letting me do this project! He has also graciously allowed me to share-and-publish the digital version of the work – for which I am very grateful! A text of mine about the first installment of this project and titled “Off the Record” was published in MJ – Manifesta Journal (Journal of Contemporary Curatorship), Number 2 – winter 2003/spring 2004, Biennials. ©lchzr bdjv’2003″