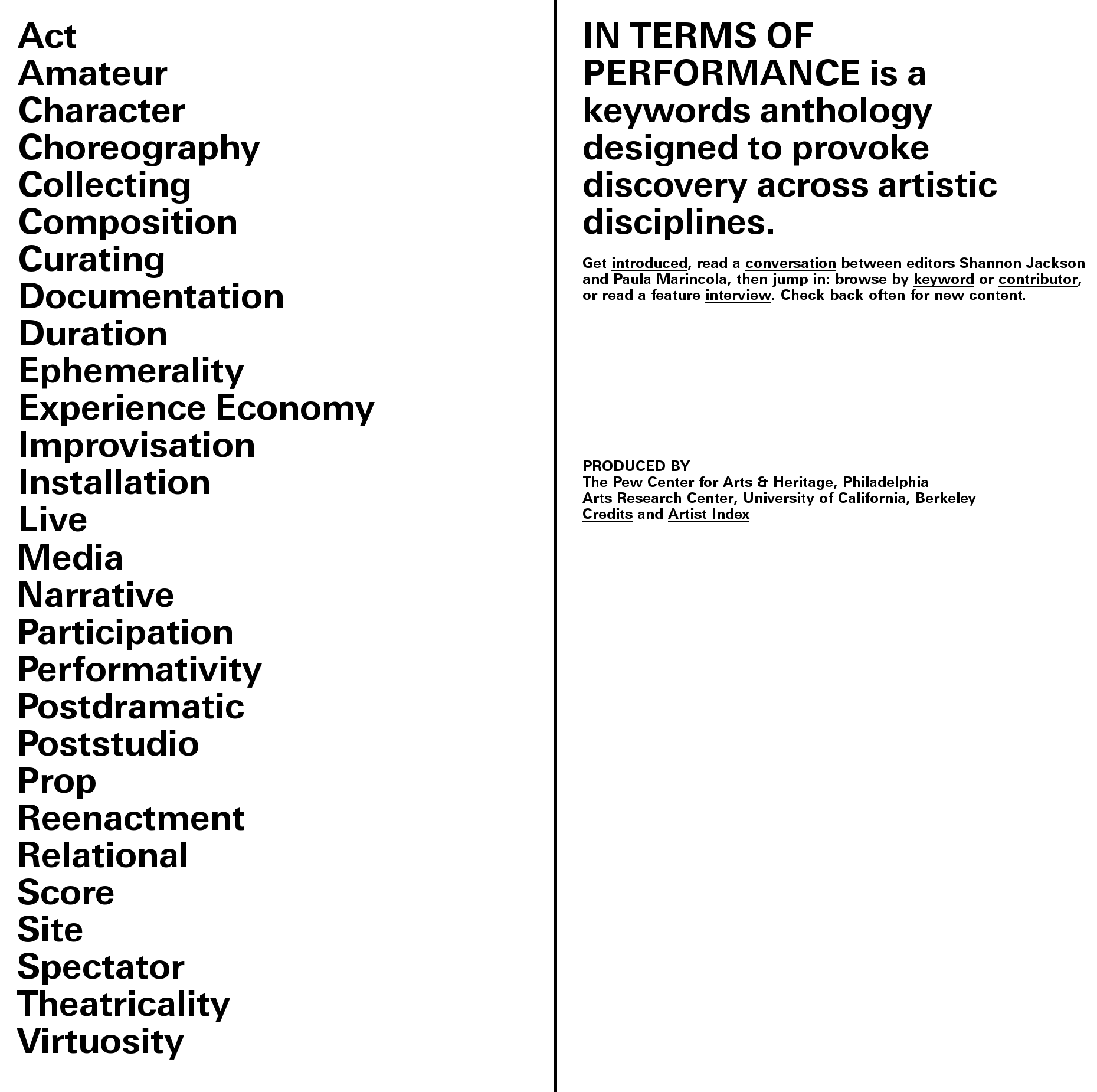 A keywords anthology designed to provoke discovery across artistic disciplines.

“In Terms of Performance is designed to generate shared literacies for how we understand the goals, skills, and artistic traditions of experimental interdisciplinary work. Over the past few years we have gathered essays and interviews from key artists, curators, presenters, and scholars whose work reflects on relations among visual art, theatrical, choreographic, and performance art practices. To seed the conversation, we created a list of keywords: common yet contested terms in our current context, when museums are incorporating ever more time-based art forms, theaters are commissioning visual art for their stages, and symposiums try to make sense of how this cross-pollination changes the nature of curating, collecting, producing, authoring, documenting, and commissioning. Some of these keywords are older terms that have been resuscitated and redefined; others have made an appearance only recently. Our goal was not to produce singular definitions nor to commission encyclopedic entries but to share perspectives from distinct locations.”

Out from Under: Texts by Women Performance Artists (1990) 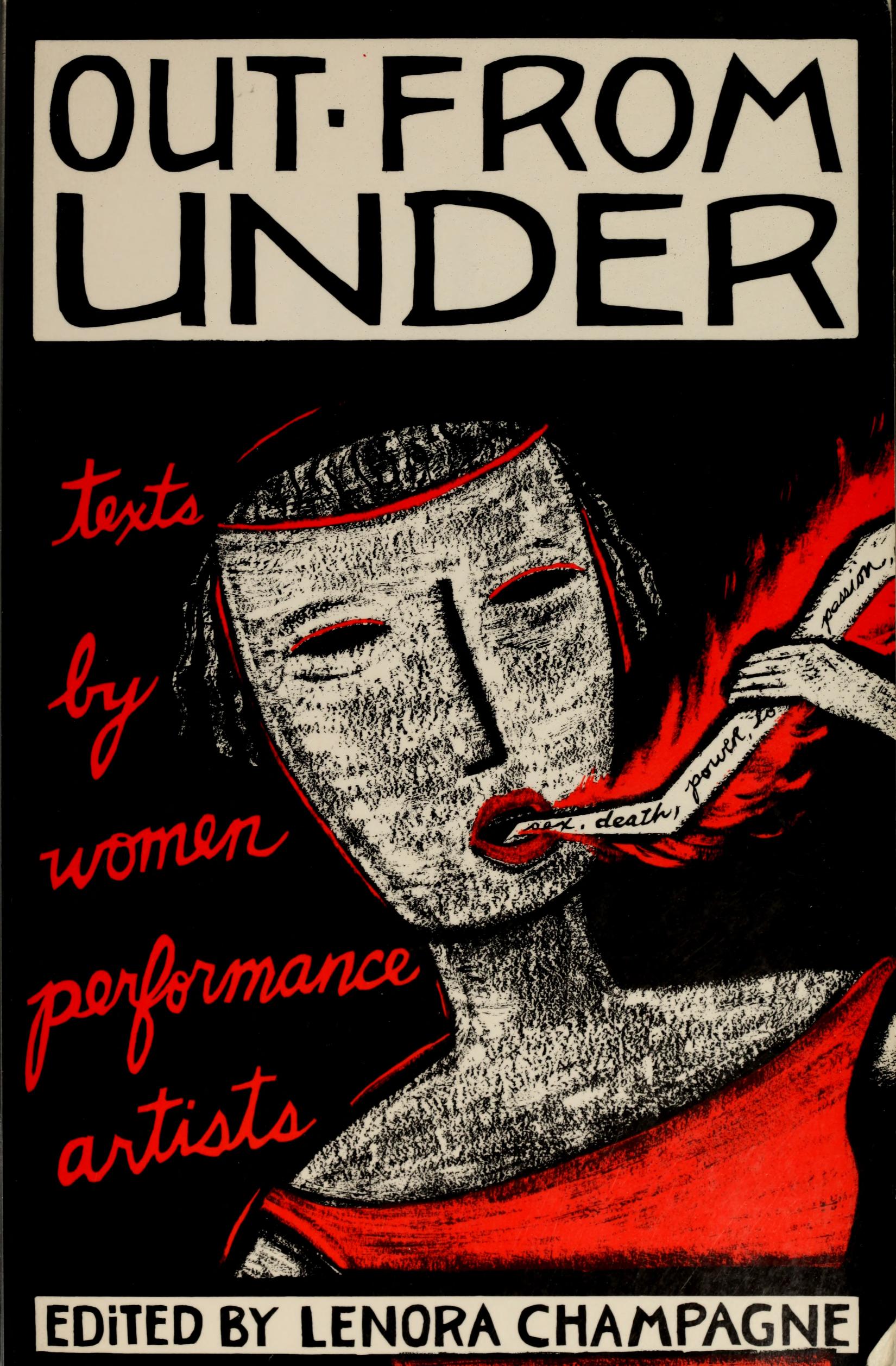 “This is a study of the new theatre forms, which has become a key reference point in international discussions of contemporary theatre.

In looking at the developments since the late 1960s, Lehmann considers them in relation to dramatic theory and theatre history, as a response to the emergence of new technologies, and as an historical shift from a text-based culture to a new media age of image and sound.

Engaging with theoreticians of ‘drama’ from Aristotle and Brecht, to Barthes and Schechner, the book analyzes the work of recent experimental theatre practitioners such as Robert Wilson, Tadeusz Kantor, Heiner Müller, the Wooster Group, Needcompany and Societas Raffaello Sanzio.”