Julietta Singh: No Archive Will Restore You (2018) 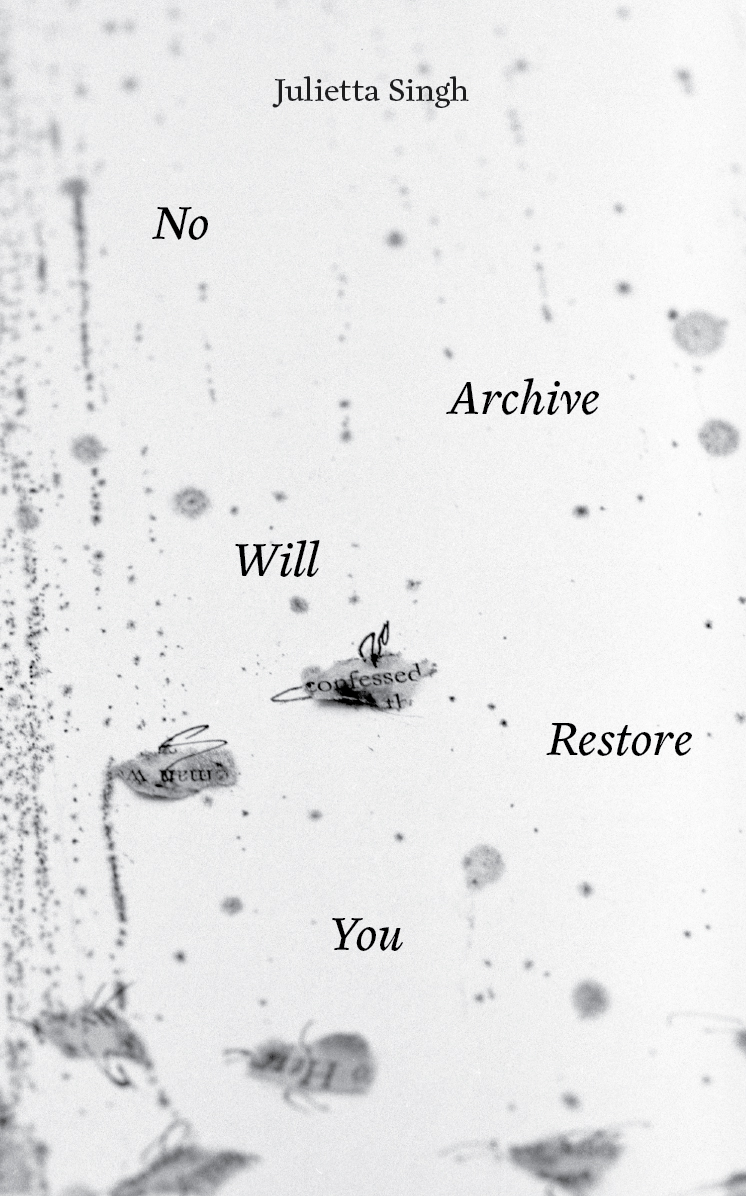 “At once memoir, theory, poetic prose, and fragment, No Archive Will Restore You is a feverish meditation on the body. Departing from Antonio Gramsci’s summons to compile an inventory of the historical traces left in each of us, Singh engages with both the impossibility and urgent necessity of crafting an archive of the body. Through reveries on the enduring legacies of pain, desire, sexuality, race, and identity, she asks us to sense and feel what we have been trained to disavow, to re-member the body as more than itself.”