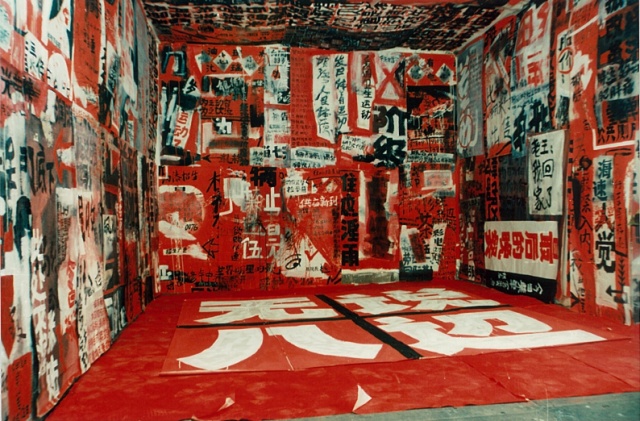 “China’s Reform Era (1978-present) has seen the reinvigoration of academic, and artistic practice, and a rapprochement between the Chinese Communist Party and the intellectual elite. At its beginnings in the early- to mid-1980s the new availability of foreign texts and media led to Culture Fever, a widespread phenomenon throughout the intellectual and artistic spheres characterized by enthusiasm for the philosophy, literature, and art of the West and pre-Communist China and the simultaneous uptake of discrete Western and Confucian philosophies. These discussions often addressed modernity and modernism in China, a crucial homology to early twentieth century Chinese negotiations in literature and the arts and the development of an amalgamated ‘Chinese modernism’ comprised of elements of both Confucian and Western philosophy and aesthetics.

As this dissertation argues, key early experimental works of the Reform Era by Zhang Peili, Wu Shanzhuan, and Zhang Huan reveal a proclivity for subtle and indirect admonitory messages about China’s socio-political climate – a contemporary inhabitation of the traditional elite scholar-artist and his obligation to criticize immoral or unjust policies or actions. This admonitory practice was built by artists educated in elite academies (specifically, the Central Academy of Fine Art in Beijing and the Zhejiang Academy of Fine Art in Hangzhou) yet utilized completely new and non-academic media. What this thesis terms as an ‘art of admonition’ utilized traditional tropes, including direct remonstrations of officials, withdrawal from official life in protest, and the concept of the ‘middle hermit’ – a scholar who admonishes official policy subtly and indirectly.

The experimental practices of artists after their graduation from elite academies stemmed from the extra-curricular resources made available to them, especially the schools’ libraries. The connection of these unofficial works to the official academies, their validation by art market success, and the subsequent official endorsement accorded to these and other artists in the later Reform Era blurs the distinctions between official and unofficial artistic practice in China, suggesting a strong endorsement of the dissident artist’s role as ‘middle hermit’.” (Abstract)