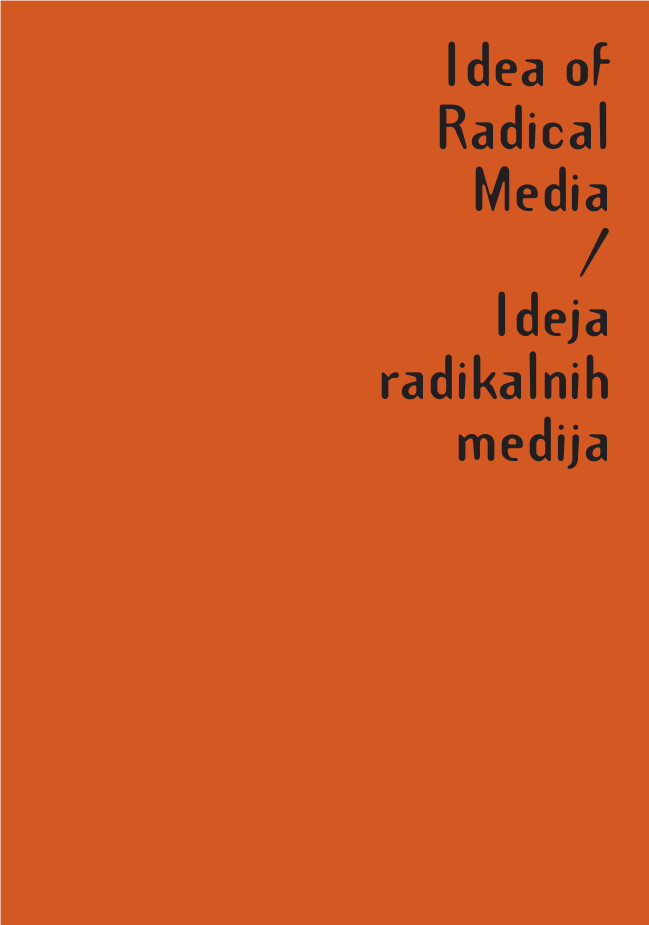 This is the “reader from the Idea of Radical Media conference, held June 7-8, 2013 in Zagreb, Croatia, and organized by the Multimedia Institute. The conference took place in the context of the exhibition Prospects of Arkzin and the media action Installing the Public, both revisiting the Arkzin phenomenon two decades later. Arkzin was a collective and a publication that emerged out of the Anti-War Campaign in the early 1990s and gave a theoretical and polemical voice to anti-nationalist positions. The publishing and activist practices of Arkzin anticipated and reflected the practices of tactical media that were crystallizing from a particular confluence of a political moment marked by the post-socialist transition, post-Yugoslav conflicts and alter-globalist contestations, and a technological moment of the rise of early Net.

However, the conference and the reader have a broader aim. On the one hand, we wanted to look back at the practical articulations and discursive re-articulations of radical media practices in arts, mass communication and political work and over the last two decades. On the other, to reasses the notion of radical media from a broader historical perspective and the critical perspective of the current political moment.” (from the Introduction)