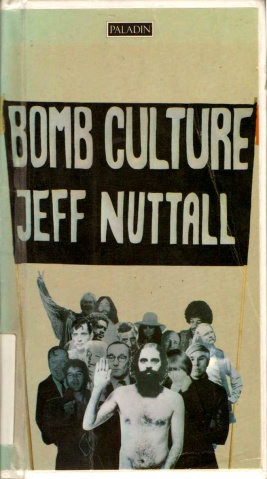 “Jeff Nuttall’s book, Bomb Culture, an idiosyncratic and semi-auto-biographical account of the build-up to 1968, was written in 1967 and first published just before May 1968. It remains a key primary source for the emergence of international counter-culture in the 1960s. Nuttall played a key role in the London underground scene and coordinated a network of connections with European and American avant-gardes through correspondence and the instigation of a number of small journals and pamphlets, publishing William Burroughs, Dom Sylvester Houédard, Carl Weissner and Michael McLure in his My Own Mag between 1964-67. Through a diverse body of practices, Nuttall – a performance artist and poet – advocated the insurrectionary power of spontaneity and persistently articulated a connection between the power of the imagination and collective revolutionary political consciousness.” (Gillian Whiteley, 2008)

Interview with the author (John May, 1984)
Wikipedia