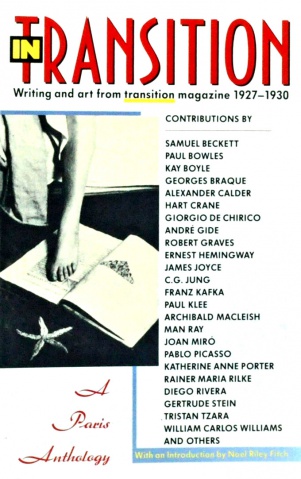 A selection of the some of the best writing to appear in transition, an experimental literary journal that featured surrealist, expressionist, and Dada art and artists. Founded in 1927 by Paris-based poet Eugene Jolas, it was originally intended to serve as an outlet for experimental poetry, but gradually expanded to incorporate contributions from sculptors, photographers, writers, civil rights activists, critics, and cartoonists. The magazine ran through the spring of 1938, with a total of 27 issues published.