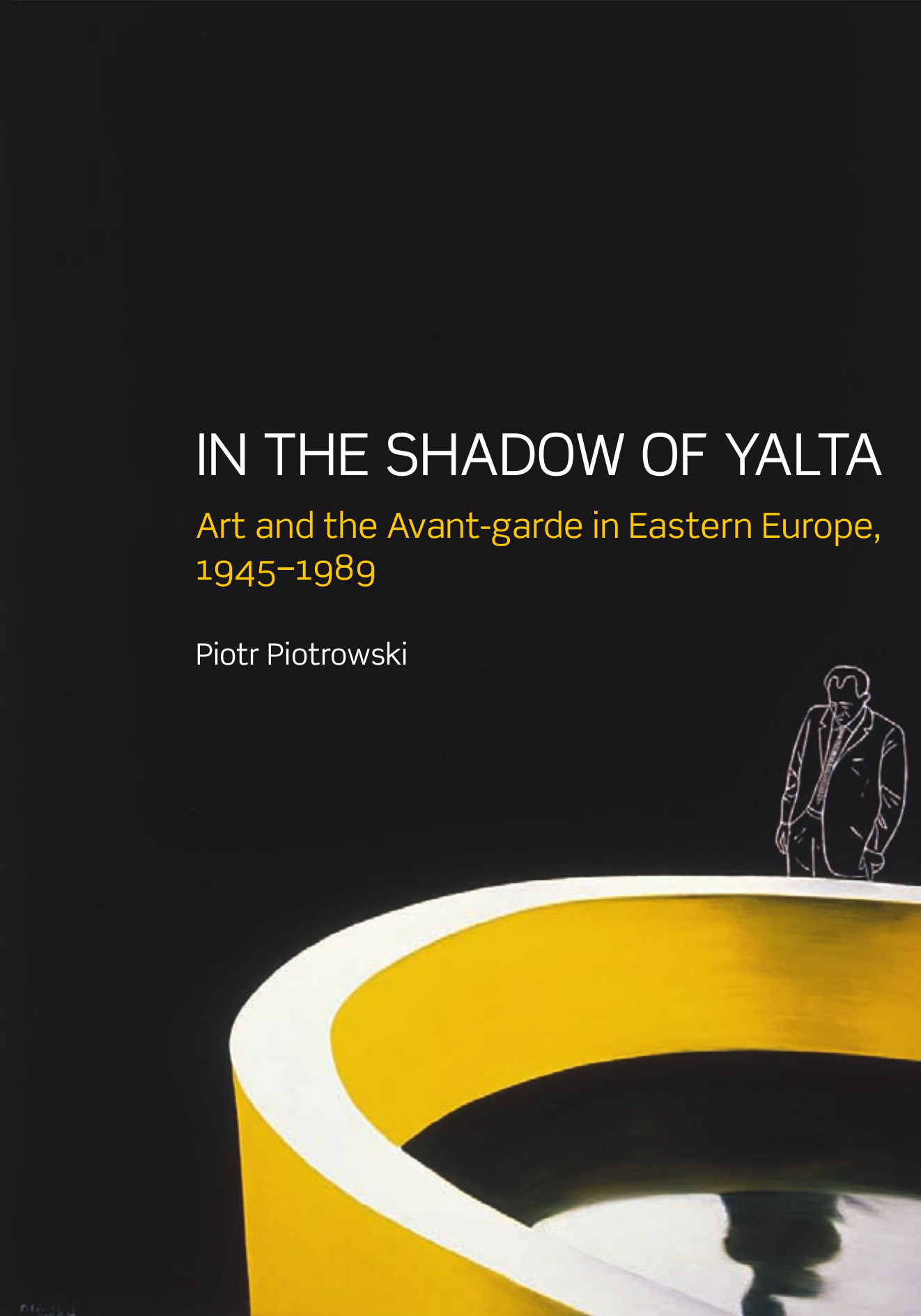 “In the Shadow of Yalta is a comprehensive study of the artistic culture of the region between the Iron Curtain and the USSR, taking in Bulgaria, Czechoslovakia, Germany, Hungary, Poland, Romania and Yugoslavia. Piotr Piotrowski chronicles the relationship between art production and politics in this zone between the end of World War II and the fall of Communism, focusing in particular on the avant-garde.

Beginning with an analysis of Surrealism in Czechoslovakia, Poland and Hungary, Piotrowski then examines the evolution of Modernism against the backdrop of the decline of Stalinism. He follows with an account of the neo-avant-garde experience: the body art and conceptual art made during the volatile political circumstances of the 1970s, the times of ‘real Socialism’. The book concludes with an epilogue describing the end of the Communist system in East-Central Europe, and the art that served witness to that end. Alongside the portrayal of the frequently challenging art that was made in response to such difficult circumstances, the common threads that emerge from the narrative are the erosion of ideology, the rise of consumerism and the emergence of political pragmatism.

Featuring more than 220 images by artists frequently unfamiliar to an English-speaking audience, In the Shadow of Yalta is a fascinating portrait of the art made in an area and during a time of crucial importance to the development of Europe as we know it today. The book will have much to say to art historians, art critics, and students of art history interested in Central and Eastern European art, as well as general historians of the region.”