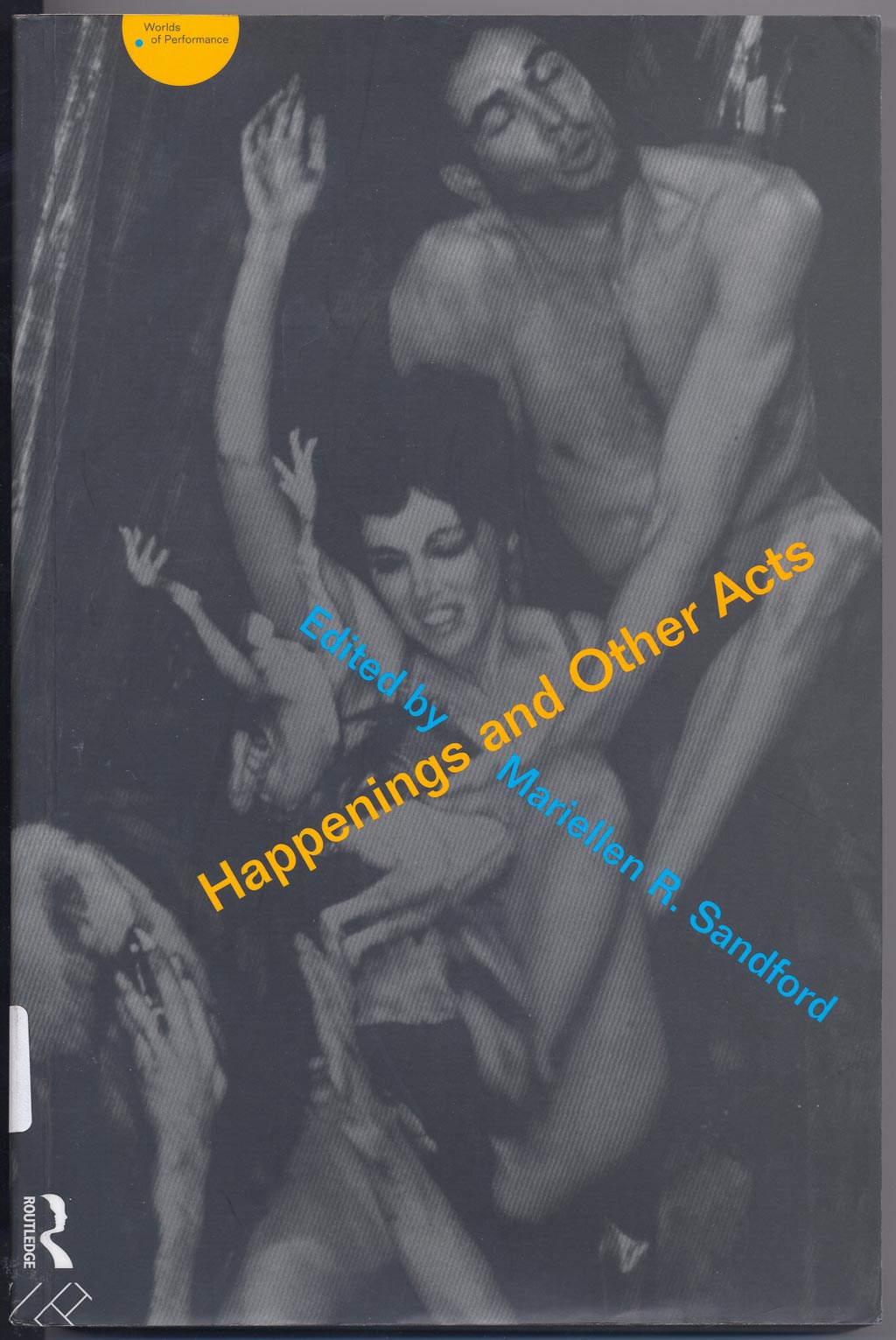 “The works of art and performance known as Happenings have often been considered to be the key to an understanding of the late twentieth-century avant-garde. Happenings and Other Acts discusses what ‘Happenings’ were, who made them and why, and the relationship they have to their origins in Dadaism and their antecedents in performance art. Articles, statements, interviews and essays by and about some of the most influential avant-garde artists and performers–Allan Kaprow, John Cage, Claes Oldenburg, Ann Halprin and George Maciunas–are presented here for the first time since they were originally published. The volume concludes with a commissioned essay by Gunter Berghaus on European Happenings.”