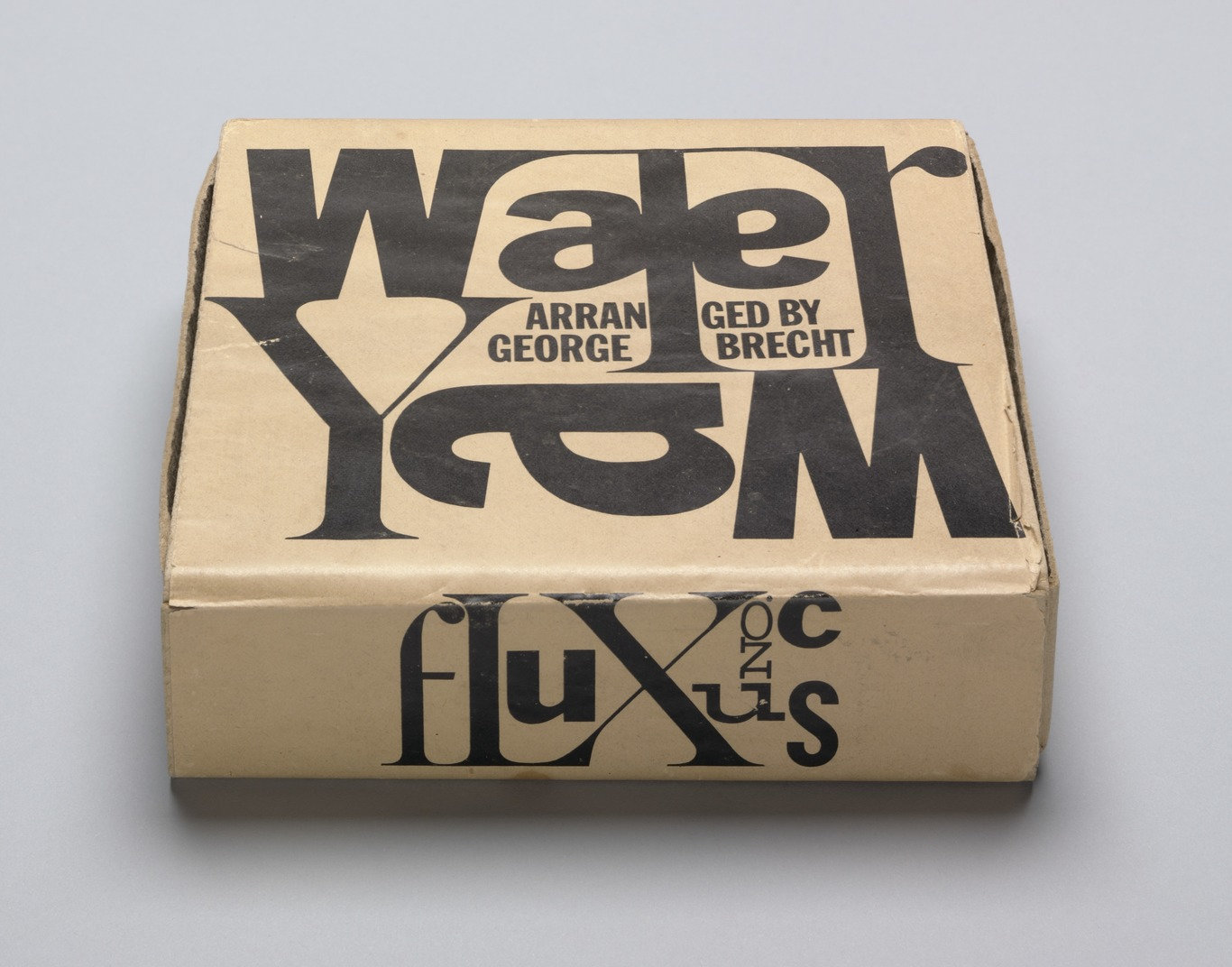 “Originally published in Germany, June 1963 in a box designed by George Maciunas and typeset by Tomas Schmit, Water Yam has been re-published in various countries several times since. It is now considered one of the most influential artworks released by Fluxus. The box, sometimes referred to as a Fluxbox or Fluxkit, contains a large number of small printed cards, containing instructions known as event-scores, or fluxscores. Typically open-ended, these scores, whether performed in public, private or left to the imagination, leave a lot of space for chance and indeterminancy, forcing a large degree of interpretation upon the performers and audience.” (Wikipedia)