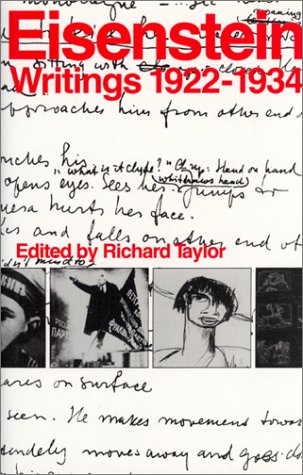 This volume is a collection of writings by Sergei Eisenstein, considered by some to be cinema’s most important theorist and author of aesthetic writings in the 20th century. Some of the writings are of his early silent masterpieces, The Strike and The Battleship Potemkin.