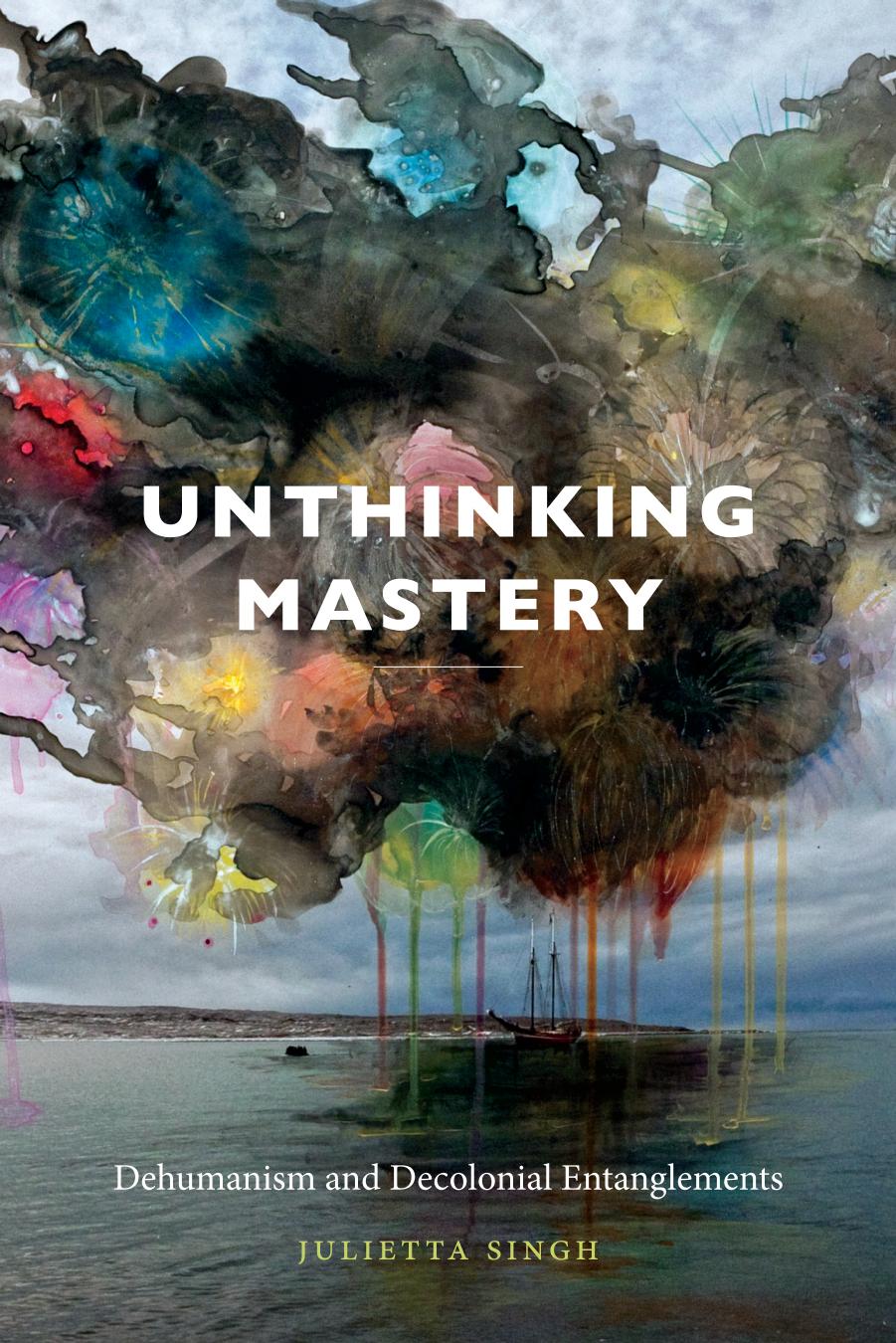 “In Unthinking Mastery Julietta Singh challenges a core, fraught dimension of geopolitical, cultural, and scholarly endeavor: the drive toward mastery over the self and others. Drawing on postcolonial theory, queer theory, new materialism, and animal studies, Singh traces how pervasive the concept of mastery has been to modern politics and anticolonial movements. She juxtaposes destructive uses of mastery, such as the colonial domination of bodies, against more laudable forms, such as intellectual and linguistic mastery, to underscore how the concept—regardless of its use—is rooted in histories of violence and the wielding of power.

For anticolonial thinkers like Fanon and Gandhi, forms of bodily mastery were considered to be the key to a decolonial future. Yet as Singh demonstrates, their advocacy for mastery unintentionally reinforced colonial logics. In readings of postcolonial literature by J. M. Coetzee, Mahasweta Devi, Indra Sinha, and Jamaica Kincaid, Singh suggests that only by moving beyond the compulsive desire to become masterful human subjects can we disentangle ourselves from the legacies of violence and fantasies of invulnerability that lead us to hurt other humans, animals, and the environment.”