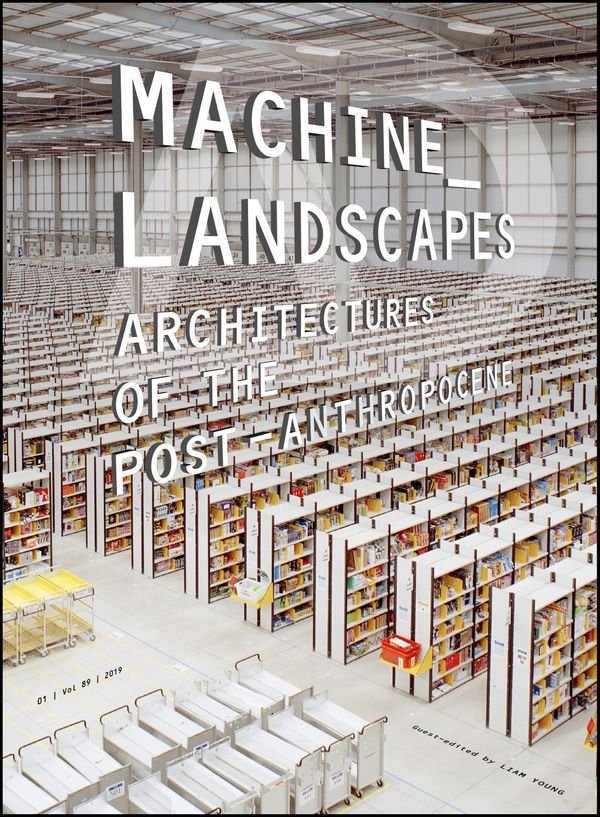 “This issue of Architectural Design (AD) discusses how the most significant architectural spaces in the world are now entirely empty of people. The data centers, telecommunications networks, distribution warehouses, unmanned ports, and industrialized agriculture that define the very nature of who we are today are at the same time places we can never visit. Instead, they are occupied by server stacks and hard drives, logistics bots and mobile shelving units, autonomous cranes and container ships, robot vacuum cleaners and internet-connected toasters, driverless tractors and taxis.

This issue is an atlas of sites, architectures, and infrastructures that are not built for us, but whose form, materiality, and purpose are configured to anticipate the patterns of machine vision and habitation rather than our own. We are said to be living in a new geological epoch, the Anthropocene, in which humans are the dominant force shaping the planet. This collection of spaces, however, more accurately constitutes an era of the Post-Anthropocene, a period where technology and artificial intelligence now compute, condition, and construct our world. Marking the end of human-centred design, the issue turns its attention to the new typologies of the post-human, architecture without people, and our endless expanse of Machine Landscapes.”