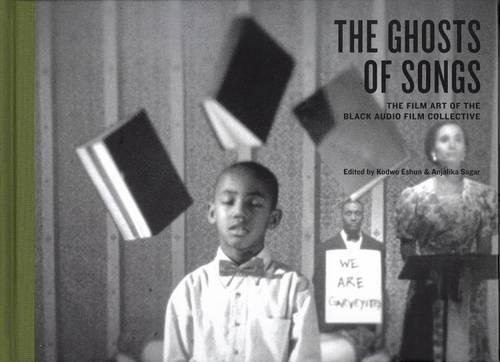 “The Ghosts of Songs is the first book-length exploration of the work of the Black Audio Film Collective. The collective, founded in 1982 and dissolved in 1998, comprised John Akomfrah, Lina Gopaul, Reece Auguiste, Avril Johnson, Trevor Mathison, Edward George and David Lawson, and for sixteen years their films addressed the social, political and racial crises of Thatcher’s Britain and beyond. However, it would be limiting their achievement to see them either as merely challenging the hegemonic forms of mass media, or conversely as polemicist film activists. In films such as Expeditions, Handsworth Songs, Seven Songs for Malcolm X and Twilight City, the collective explored and developed a black film aesthetic. The essays in this volume, contributed by Jean Fisher, Kodwo Eshun, Kobena Mercer and Okwui Enwezor, argue that they inaugurated themselves as an artist-group, laying claim to the right to reconfigure the space of cinema around the Afrodiasporic subject, reconceptualizing lighting, film stock, developing and printing, and inventing the forms that black cinema might take.”