McKenzie Wark: The Beach Beneath the Street: The Everyday Life and Glorious Times of the Situationist International (2011) 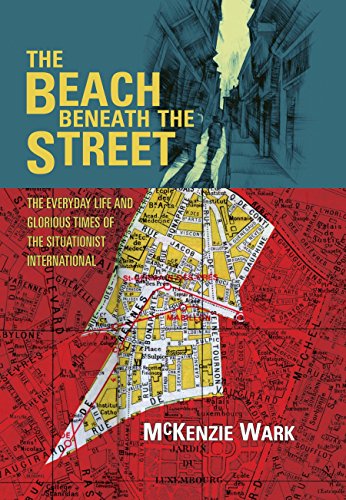 “Over fifty years after the Situationist International appeared, its legacy continues to inspire activists, artists and theorists around the world. Such a legend has accrued to this movement that the story of the SI now demands to be told in a contemporary voice capable of putting it into the context of twenty-first-century struggles.

McKenzie Wark delves into the Situationists’ unacknowledged diversity, revealing a world as rich in practice as it is in theory. Tracing the group’s development from the bohemian Paris of the ’50s to the explosive days of May ’68, Wark’s take on the Situationists is biographically and historically rich, presenting the group as an ensemble creation, rather than the brainchild and dominion of its most famous member, Guy Debord. Roaming through Europe and the lives of those who made up the movement—including Constant, Asger Jorn, Michèle Bernstein, Alex Trocchi and Jacqueline De Jong—Wark uncovers an international movement riven with conflicting passions.

Accessible to those who have only just discovered the Situationists and filled with new insights, The Beach Beneath the Street rereads the group’s history in the light of our contemporary experience of communications, architecture, and everyday life. The Situationists tried to escape the world of twentieth-century spectacle and failed in the attempt. Wark argues that they may still help us to escape the twenty-first century, while we still can …”