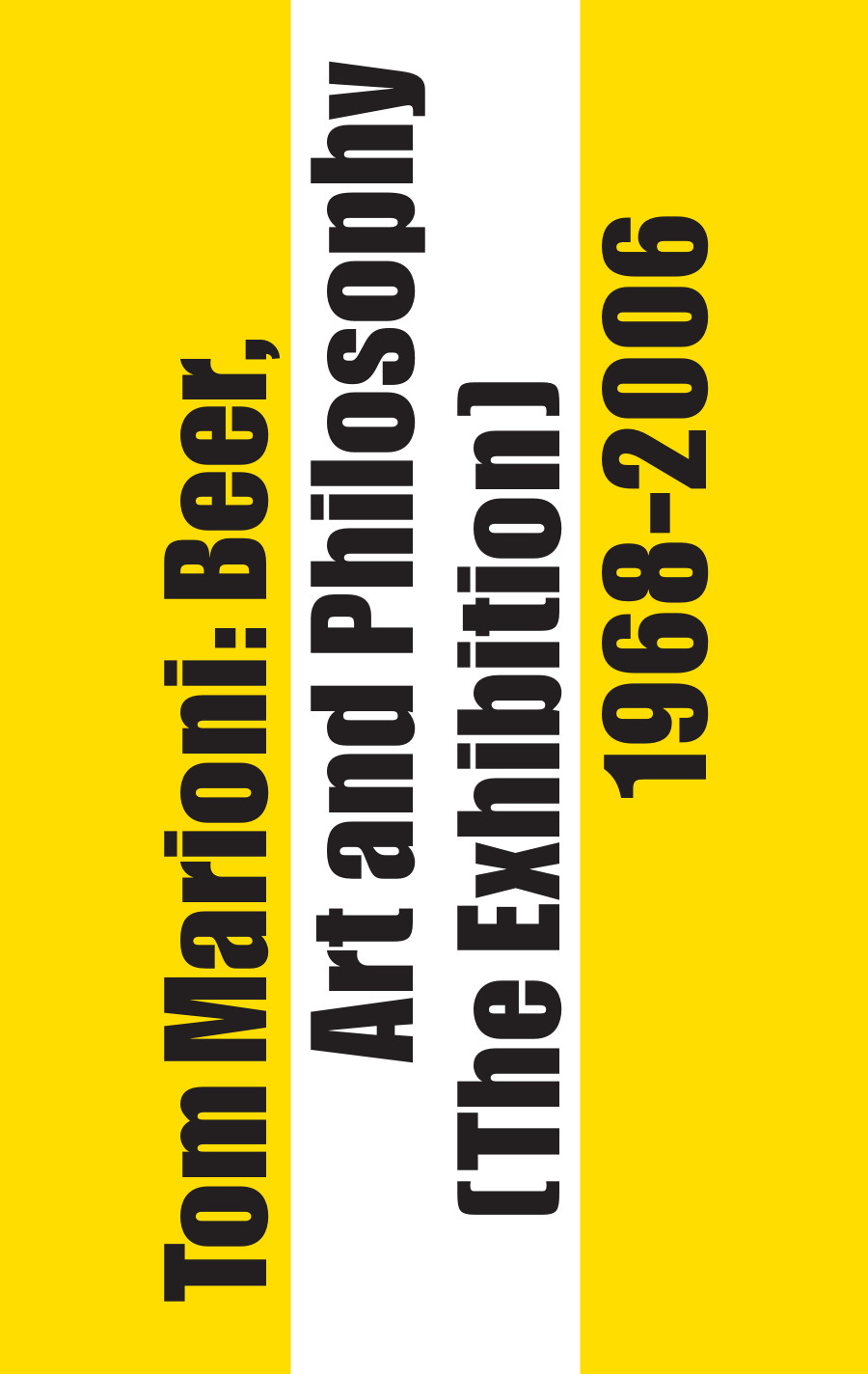 “Tom Marioni: Beer, Art, and Philosophy (The Exhibition), 1968–2006 surveys nearly forty years of the artist’s engagement with experience as art. Born in Cincinnati in 1937, Marioni studied drawing, sculpture, and printmaking at the Cincinnati Art Academy, and in 1959 moved to San Francisco where he began to experiment with performance, sound, the sense of taste, and other non-traditional media.

A pioneer of the West Coast Conceptual Art movement, Marioni drew inspiration from artists such as Marcel Duchamp (1887–1968), John Cage (1912–1992), and Joseph Beuys (1921–1986), all of whom challenged the conventions of art. Emphasizing ideas as material for art, these artists exercised a profound influence on Marioni and other conceptual artists of the 1960’s. In 1968, Marioni became a curator at the Bay Area’s Richmond Art Center, where he mounted a series of ambitious Conceptual Art shows. In 1970, he founded the Museum of Conceptual Art in San Francisco, where he continued to experiment, viewing the concept of the museum as an extension of his work, until he closed it in 1984.

Following in the tradition of the “readymade”—Duchamp’s name for common or found objects, which he recontextualized as art—Marioni employed mundane substances such as beer, elevating its significance from a common means of socialization to a catalyst for creative expression and social interaction. This meant that drinking beer with friends could be as profound an experience as gazing at the Mona Lisa. Thus, in Marioni’s view, the act of communication itself takes on aesthetic significance. Like Cage, whose work highlighted chance and ordinary sounds as music, Marioni attempts to make art that is as close to everyday life as possible without becoming life itself. Similar to Beuys, who privileged creative action over the precious and static art object, Marioni’s conversations and gatherings expand the conventions of painting and sculpture.”