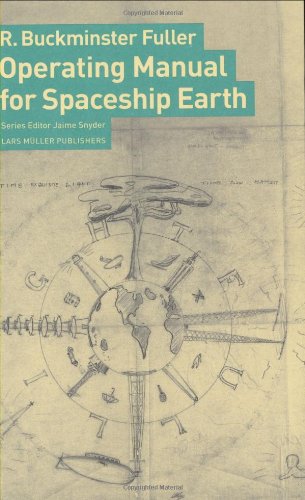 “In this essay on man Mr. Fuller expresses what may well be his penultimate view of the human condition. Here, in a mood at once philosophical and involved, Mr. Fuller traces man’s intellectual evolution and weighs his capability for survival on this magnificent craft, this Spaceship Earth, this superbly designed sphere of almost negligible dimension in the great vastness of space.”