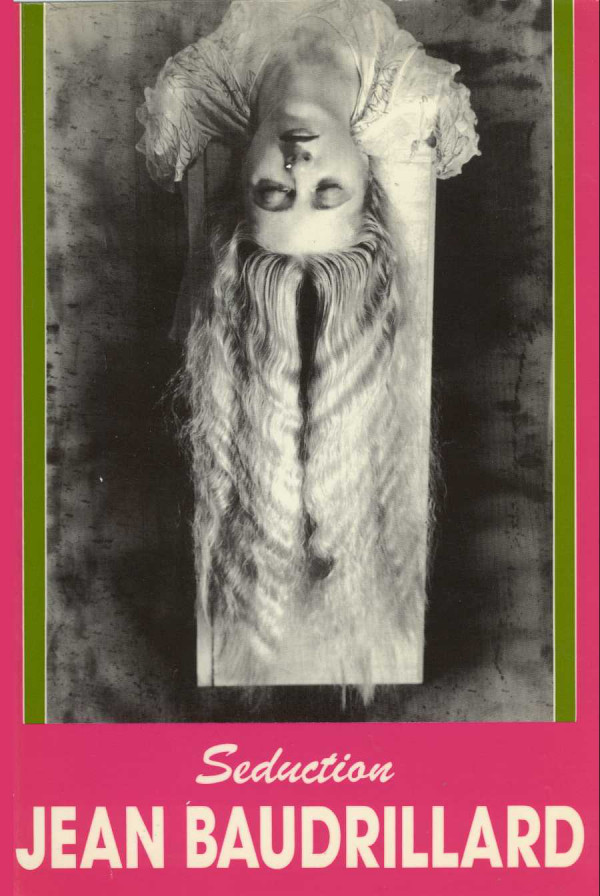 “Seduction, in French thinker Baudrillard’s apocalyptic discourse, is a power of attraction and fascination capable of subverting mechanical, orgasm-centered sexuality and reality in general. Two chief obstacles to unleashing the potentially liberating forces of seduction are the women’s movement and psychoanalysis, charges the author of America and Forget Foucault. While recognizing that seduction has a negative side–turning the seduced person away from his/her true thoughts and impulses–Baudrillard is intrigued by the seductive processes at work in the vertigo induced by games, in magic and the lottery, in the transvestite’s “total gestural, sensual and ritual” behavior. He decodes pornography as “an orgy of realism,” a hyperreality of signs. In his analysis, seduction has itself been corrupted in a world of manufactured desires and ready-made satisfactions. With seductive irony, Baudrillard storms the fragile phallic fortress of patriarchy in this heady, sometimes obscure meditation.”