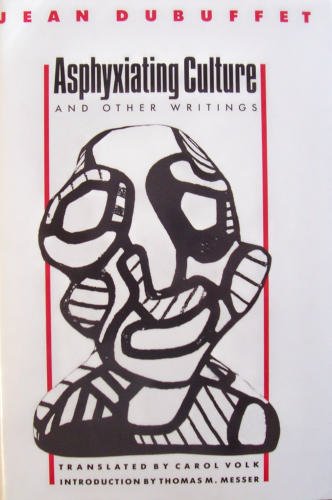 “Jean Dubuffet’s only and a particularly significant book, Asphyxiating Culture is a philosophical and political discussion which elucidates his antagonistic stance towards culture and its influence on the public domain of art and the private domain of creativity.

In his anti-culturalism, he posited the realm of culture against that of the individual, and saw culture as equivalent to the state and the police. To him, it represented bureaucracy, propaganda, patriotism, indoctrination, capitalism, the status quo, and illusory coherence. The individual, however, was the keeper of the creative spirit and the domain of the common man. The individual exemplified rebellion, independence, creativity, nature, diversity, and eclecticism.” (source)