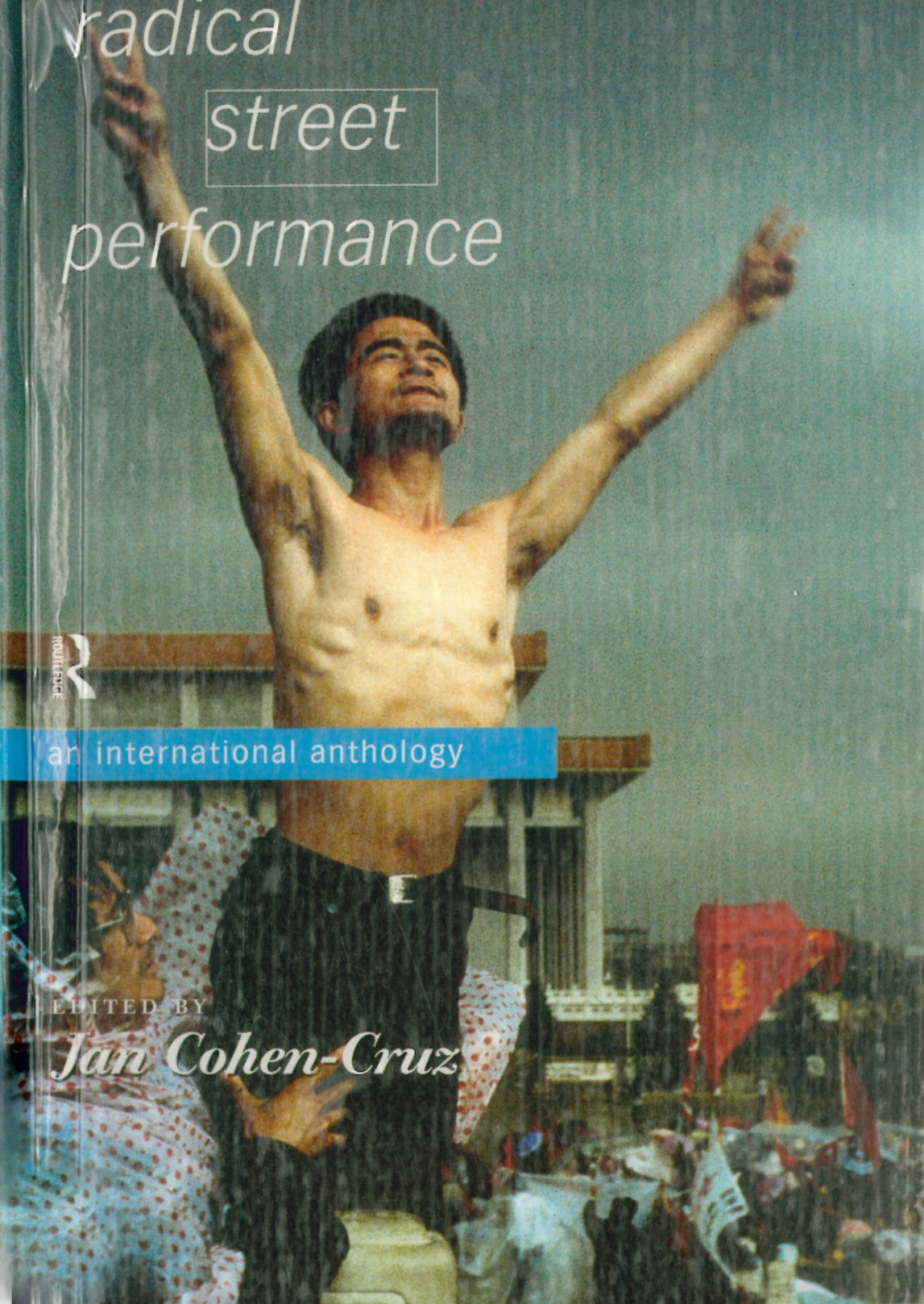 “Radical Street Performance is the first volume to collect together the writings by activists, directors, performers, critics, scholars and journalists who have documented street theatre around the world.

These essays look at performances in Europe, Africa, China, India and both the Americas. They describe engagement with issues as diverse as abortion, colonialism, the environment and homophobia, to name only a few. Introduced by editor Jan Cohen-Cruz, the essays are organized into thematic sections: Agitating; Witnessing; Involving; Imagining; and Popularizing.”