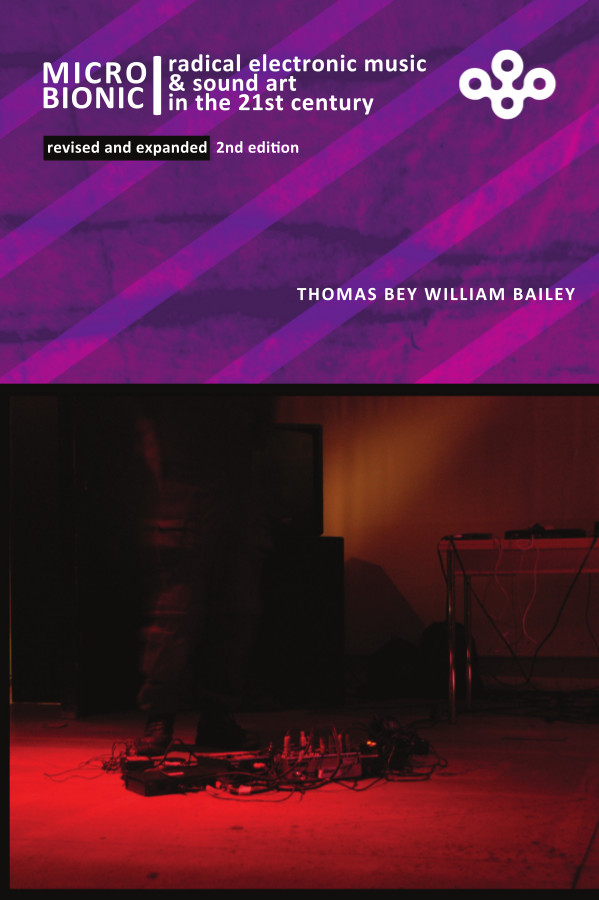 “Starting with the guerrilla media tactics of Industrial music in the late 1970s, the author charts an ongoing trend in electronic music: an increasing amount of sonic quality, recorded output and international contact, accomplished with a decreasing amount of tools, personnel, and capital investment. From the use of laptop computers to create massive avalanches of noise, to the establishment of micro-nations populated largely by sound artists, 21st century sound culture is expanding in its scope and popularity even as it shrinks in other respects. Numerous exclusive interviews with leading lights of the field were also conducted for this book: William Bennett (Whitehouse), Peter Christopherson (Throbbing Gristle / Coil), Peter Rehberg (Mego), John Duncan, Francisco López, Carl Michael von Hausswolff, Bob Ostertag and many others weigh in with a diversity of thoughts and opinions that underscores the incredible diversity to be found within new electronic music itself.”