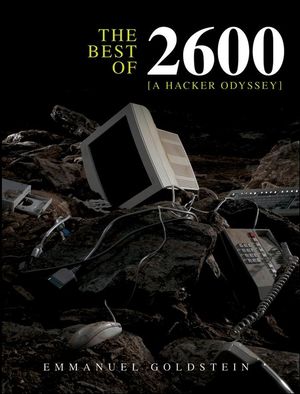 Since 1984, the quarterly magazine 2600 has provided fascinating articles for readers who are curious about technology. Find the best of the magazine’s writing in Best of 2600: A Hacker Odyssey, a collection of the strongest, most interesting, and often most controversial articles covering 24 years of changes in technology, all from a hacker’s perspective. Included are stories about the creation of the infamous tone dialer “red box” that allowed hackers to make free phone calls from payphones, the founding of the Electronic Frontier Foundation, and the insecurity of modern locks.