Marshall McLuhan, Quentin Fiore: The Medium is the Massage: An Inventory of Effects (1967–) [EN, ES, PT] 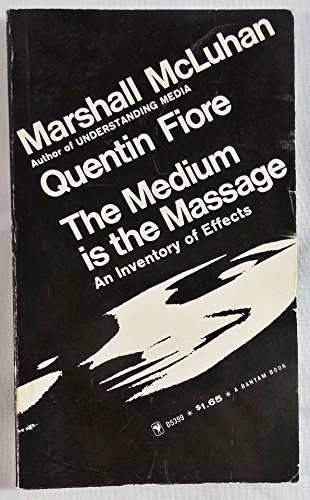 “Marshall McLuhan is the man who predicted the all­-pervasive rise of the modern mass media. Blending text, image and photography, his 1960s classic The Medium is the Massage illustrates how the growth of tech no logy utterly reshapes society, personal lives and sensory perceptions, so that we are effectively shaped by the means we use to communicate. This concept, and his ideas such as rolling, up-to-the-minute news broadcasts and the media ‘global village’, have proved decades ahead of their time.” (from the back cover)