Lucy R. Lippard: Get the Message? A Decade of Art for Social Change (1984) 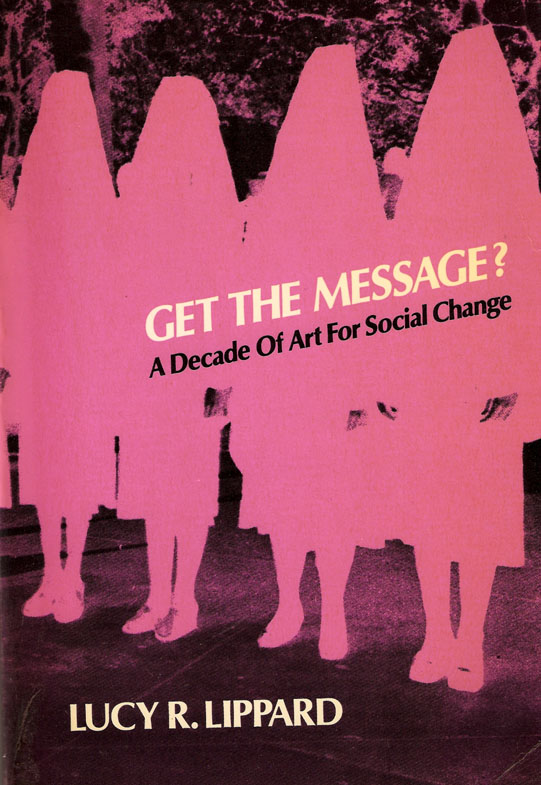 “This book is the third collection of essays I’ve published in a little over a decade. Each of my books has marked the beginning of a specific phase of my life, though not necessarily its end. Changing (1971) was the product of my ‘formalist’ or art-educational period; it consisted primarily of essays written from 1965 to 1968, with a few late additions foreshadowing my next book-Six Years: The Dematerialization of the Art Object.. (1973). From the Center (1976) and Eva Hesse (1976) documented my developing conversion to feminism, which expanded all the possibilities that had seemed to be closing down in the ‘cultural confinement’ of the early 1970s. Get the Message? is the result of a need to integrate the three sometimes contradictory elements of my public (and often private) life-art, feminism, left politics. Owing to publication delays, only two essays from the last two years are included.” (introductory note from the author)