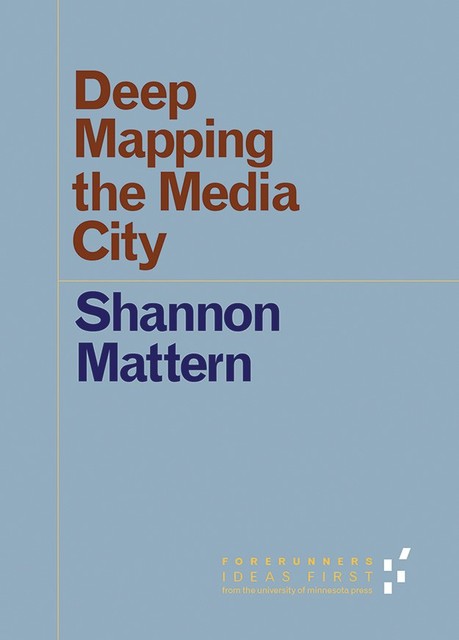 “Going beyond current scholarship on the “media city” and the “smart city,” Shannon Mattern argues that our global cities have been mediated and intelligent for millennia. Deep Mapping the Media City advocates for urban media archaeology, a multisensory approach to investigating the material history of networked cities. Mattern explores the material assemblages and infrastructures that have shaped the media city by taking archaeology literally—using techniques like excavation and mapping to discover the modern city’s roots in time.”