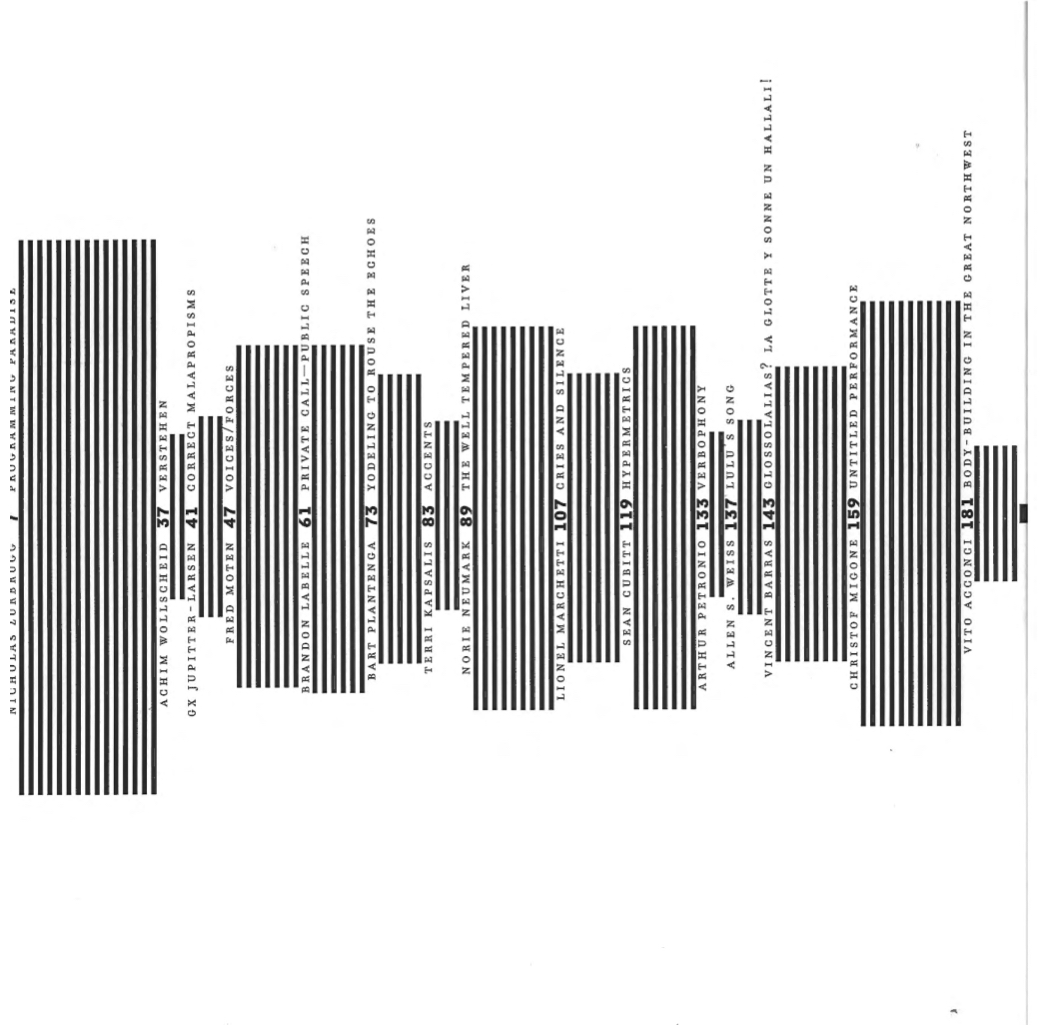 “Writing Aloud is an anthology focusing on the relationship of language to sound, writing to music, and brings together a highly diverse collection of essays, interviews, meditations, visual projects, text-sound scores and audio by some of the leading individuals in the field of cultural and performance studies, experimental music and contemporary art.

Starting from the perspective that the sound of the voice is crucial to our perceptions and understandings of language, to the creative possibility of being without language, Writing Aloud examines the repercussions of such a perspective. Considering the sonics of words, it extends this examination of vocalization and articulation into how it contributes to and influences communication and notions of self-recognition. And further, how orality effects the act of writing itself, stages the tension between sense and non-sense, and provides space for self-reflection.

Through cultural, historical, linguistic, musical and artistic histories and practices, this field of research is addressed in order to open up a diversity of attitudes and approaches toward a broader understanding of what it means to speak. Such works as Nicholas Zurbrugg’s detailed examination of the history of sound-poetry, which underscores this often under-represented field as being a vital link between the avant-gardes of modernism and contemporary culture; Sean Cubitt’s meditation on the voice in relation to contemporary technologies; and Fred Moten’s examination of the Black avant-garde through the works of Billy Strayhorn, Delaney, and Antonin Artaud in relation to deeper questions of identity – these original works advance our understanding of ‘vocalization’ as existing within a complex and highly charged social, political and cultural arena where identity is a contested site.

In conjunction with these analytical works, Writing Aloud also provides readers with some valuable reconsiderations and reproductions of historical work, such as Marina Abramovic’s performance from 1975, Freeing the Voice, in which the artist exhales every breath as a scream for one hour; plus a revealing and insightful interview with the composer Alvin Lucier, whose compositions from the 60s to today continue to challenge and astound listeners; a valuable document of a long lost French artist, Arthur Petronio, whose recordings from the mid-60s, Verbophonie, trace a highly personal and idiosyncratic terrain of voice and electronics; and important visual and audio documentation of an early installation, Body Building, by the artist Vito Acconci. Through such a range of contributions Writing Aloud suggests links between disparate practices and stimulates conversations between disciplines, one which follows the line where text and sound meet, speaking and music collide, and theory and writing converse. 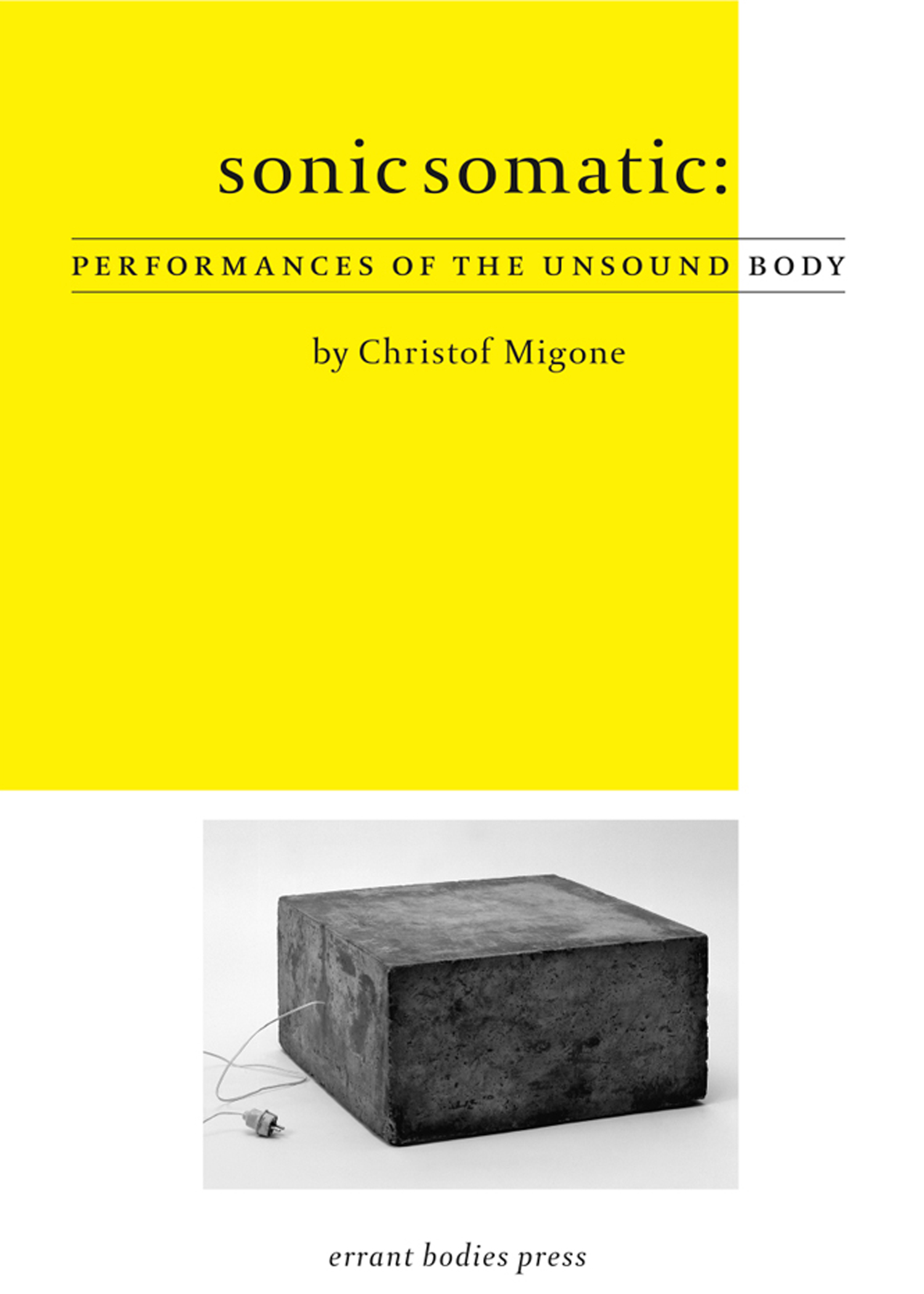