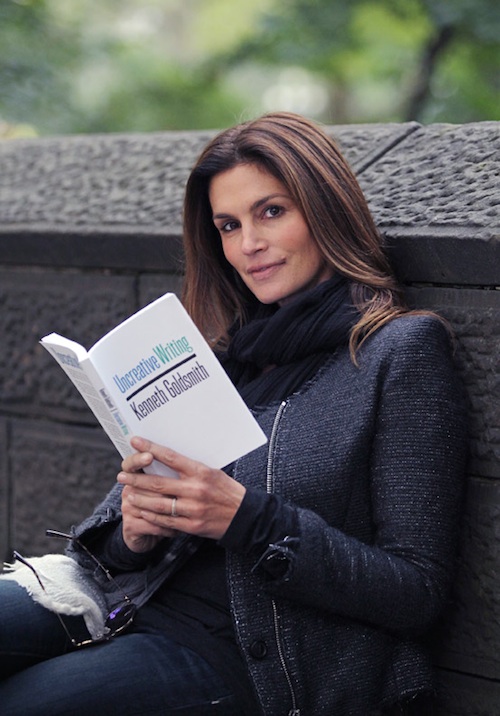 “Can techniques traditionally thought to be outside the scope of literature, including word processing, databasing, identity ciphering, and intensive programming, inspire the reinvention of writing? The Internet and the digital environment present writers with new challenges and opportunities to reconceive creativity, authorship, and their relationship to language. Confronted with an unprecedented amount of texts and language, writers have the opportunity to move beyond the creation of new texts and manage, parse, appropriate, and reconstruct those that already exist.

In addition to explaining his concept of uncreative writing, which is also the name of his popular course at the University of Pennsylvania, Goldsmith reads the work of writers who have taken up this challenge. Examining a wide range of texts and techniques, including the use of Google searches to create poetry, the appropriation of courtroom testimony, and the possibility of robo-poetics, Goldsmith joins this recent work to practices that date back to the early twentieth century. Writers and artists such as Walter Benjamin, Gertrude Stein, James Joyce, and Andy Warhol embodied an ethos in which the construction or conception of a text was just as important as the resultant text itself. By extending this tradition into the digital realm, uncreative writing offers new ways of thinking about identity and the making of meaning.”