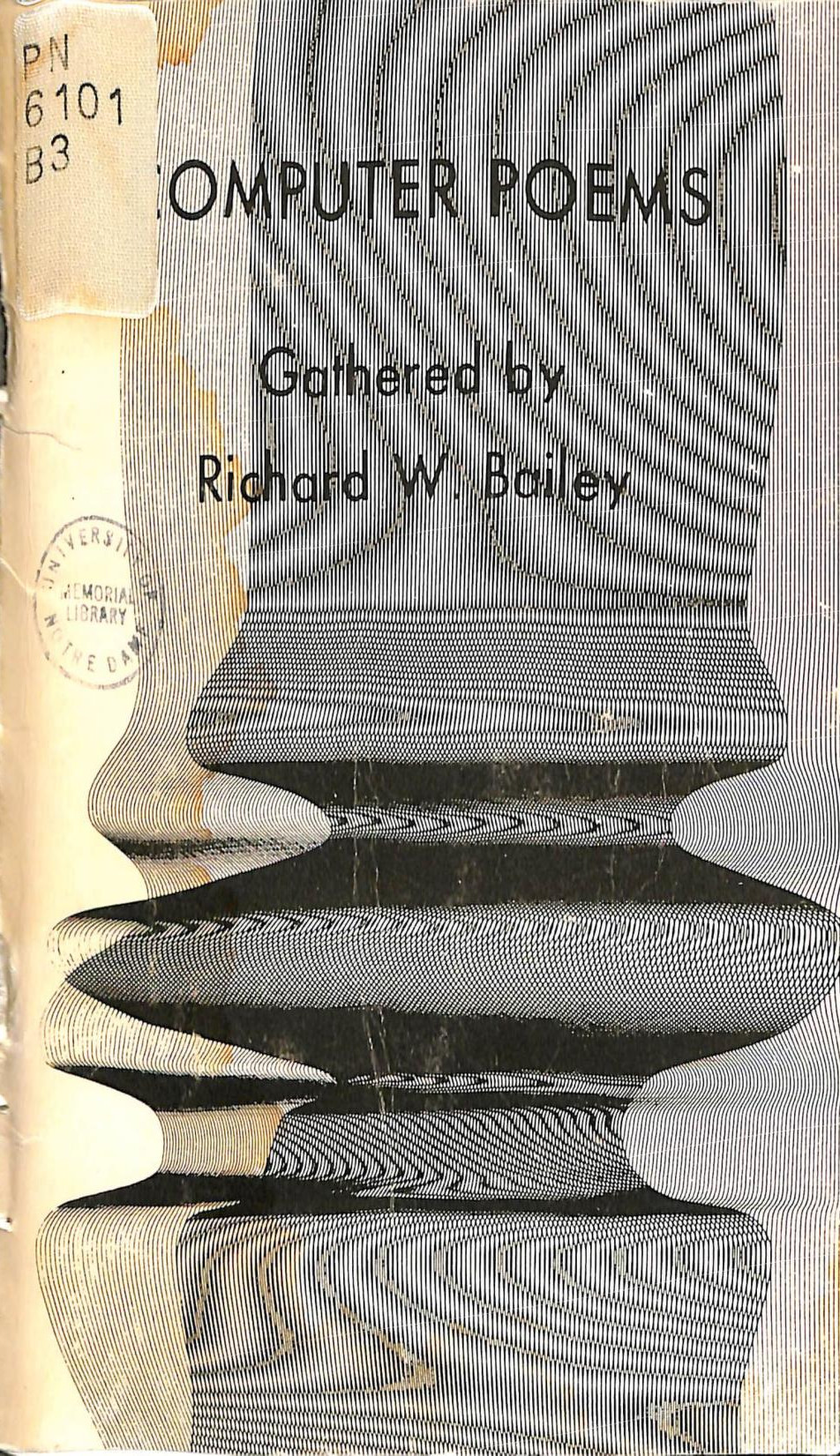 “At the beginning of this century, Stephane Mallarmé published a slogan for modernism: A throw of the dice will never abolish chance. Chance is not abolished by the computer’s randomizing power but is re-created in different terms. The poet-programmer finds this power a tool to create a new set of dice, multi-faceted and marked with elements of his own choosing.

Yet the new battle to free language is fought on familiar battlefields: concrete poetry is reflected with a computer mirror in the poems of Leslie Mezei and Greta Monarch; pure poetry of sound in the verbal orchestrations of Archie Donald and Noreen Greeno; imagistic poetry in the juxtaposition of the unfamiliar by Charles Forbes, James Runner, and Robin Shirley; syllabic organization in the haiku of Margaret Chisman, Robert Gaskins, and John Morris; and the imposition of order on disorder in the poems of Marie Borroff, Pete Kilgannon, and Louis Milic. From all of these varied efforts a new convention has already arisen that allows poets like Edwin Morgan the scope to simulate computer poetry without recourse to the machine.

The Potagannissing Press takes pleasure in the publication of the following collection of poems, an edition of computer-assisted literary works executed in Britain, Canada, and the United States.

The occasion for its publication was a symposium on the computer in the arts held at the Cranbrook Academy of Art in May 1973, an event sponsored by the Academy, the Bloomfield Art Association, Eastern Michigan University, and the University of Michigan, with the support of the Michigan Council for the Arts.” (from the preface)

Between Poetry and Painting (1965) 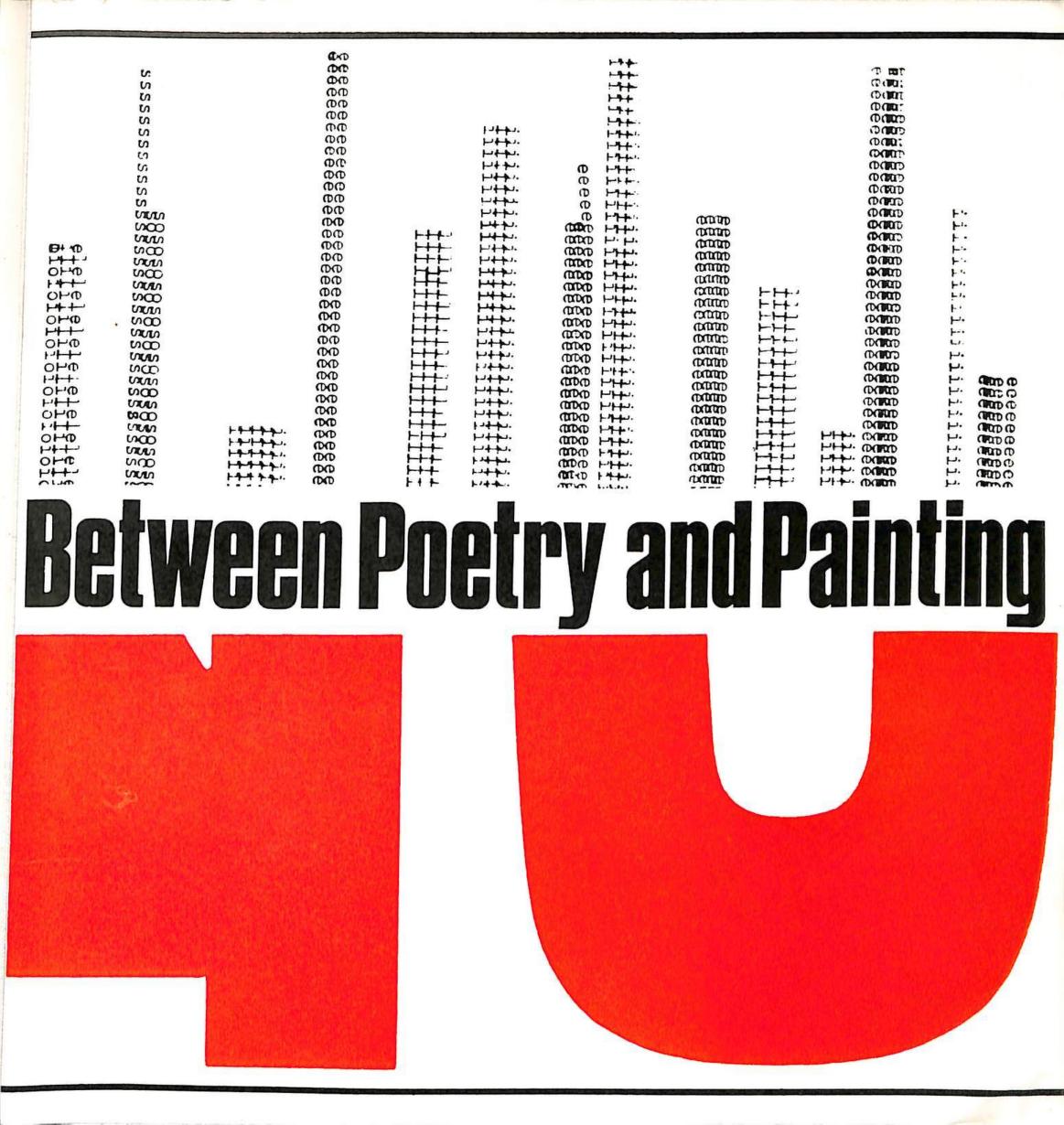 The catalogue for Between Poetry and Painting, an exhibition that was curated by Jasia Reichardt and held at the Institute of Contemporary Arts, London, from 22 October 1965 to 27 November 1965. The purview is work at the confluence of poetry and painting, with a particular emphasis on visual poetry and adjacent forms. 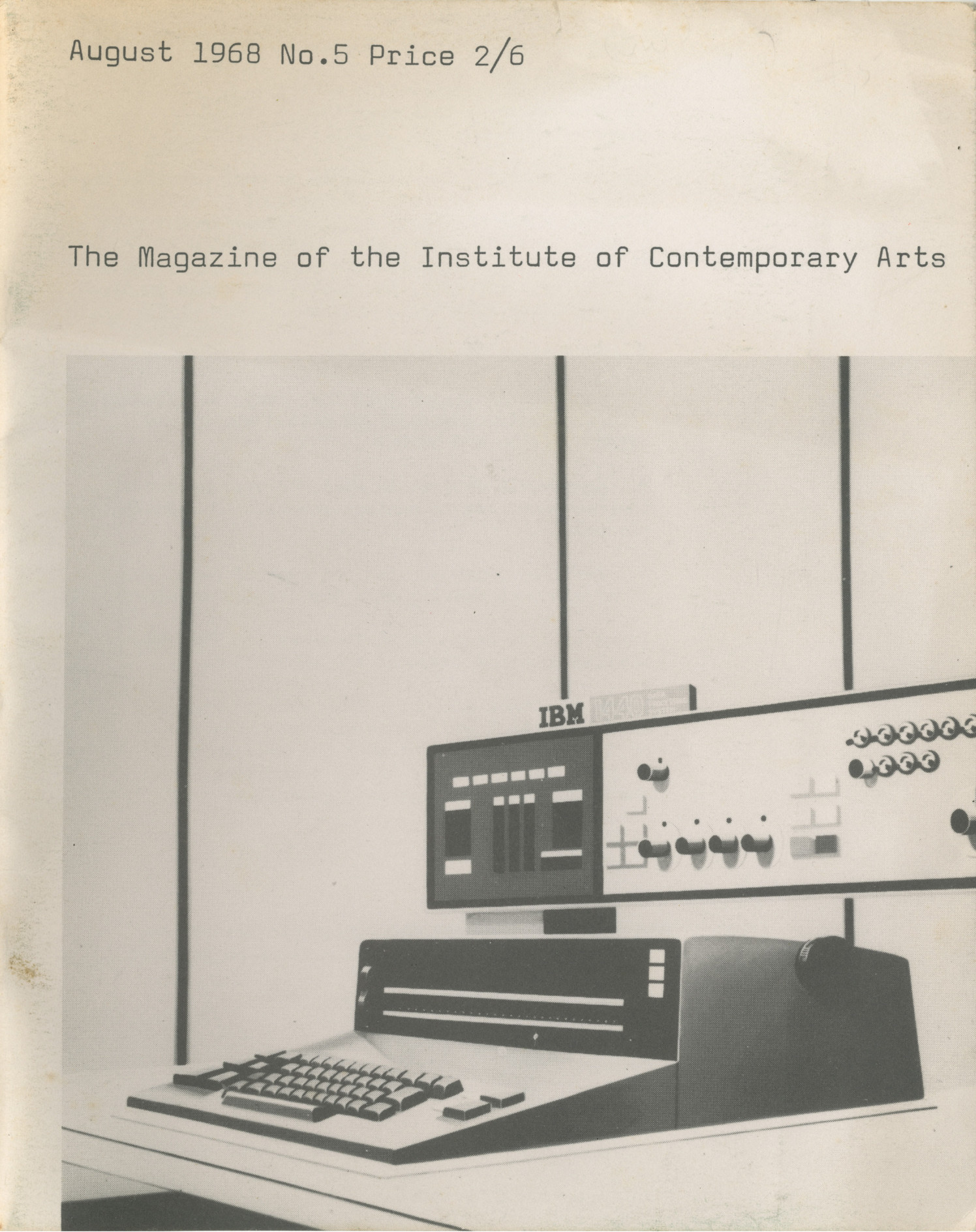