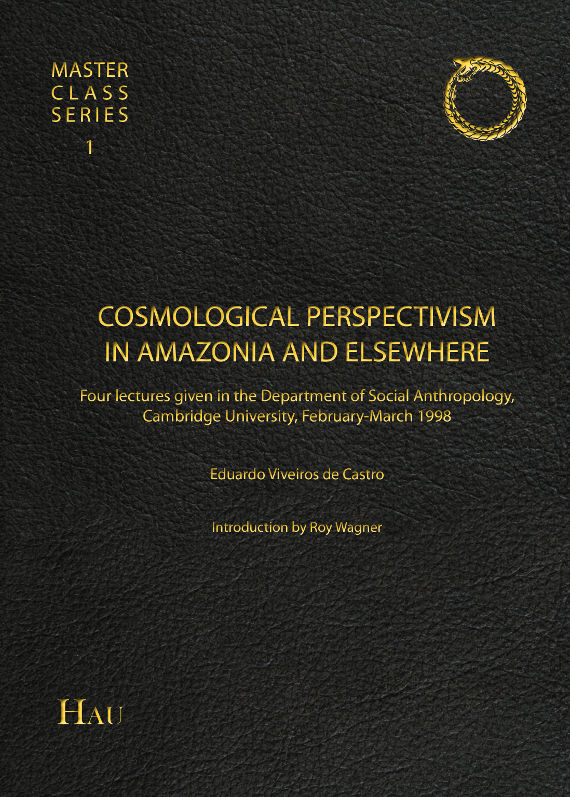 “A tour-de-force in the anthropology of ours and other cosmologies. The first official version of the lessons which sparked one of the most influential anthropological movements of the twenty-first century. Four lectures given in the Department of Social Anthropology, Cambridge University, February-March 1998.” (from the back cover)

“The subject of these lectures is that aspect of Amerindian thought which has been called its “perspectival quality” or “perspectival relativity”: the conception, common to many peoples of the continent, according to which the world is inhabited by different sorts of subjects or persons, human and nonhuman, which apprehend reality from distinct points of view. I shall try to persuade you that this idea cannot be reduced to our current concept of relativism, which at first it seems to call to mind. In fact, it is at right angles, so to speak, to the opposition between relativism and universalism.” (from page 45)