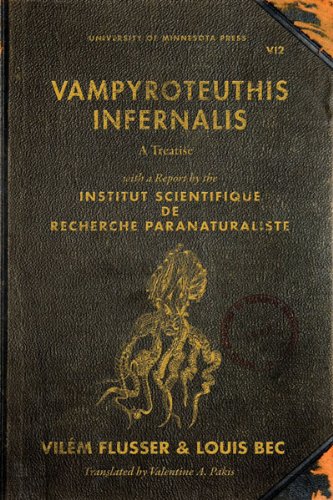 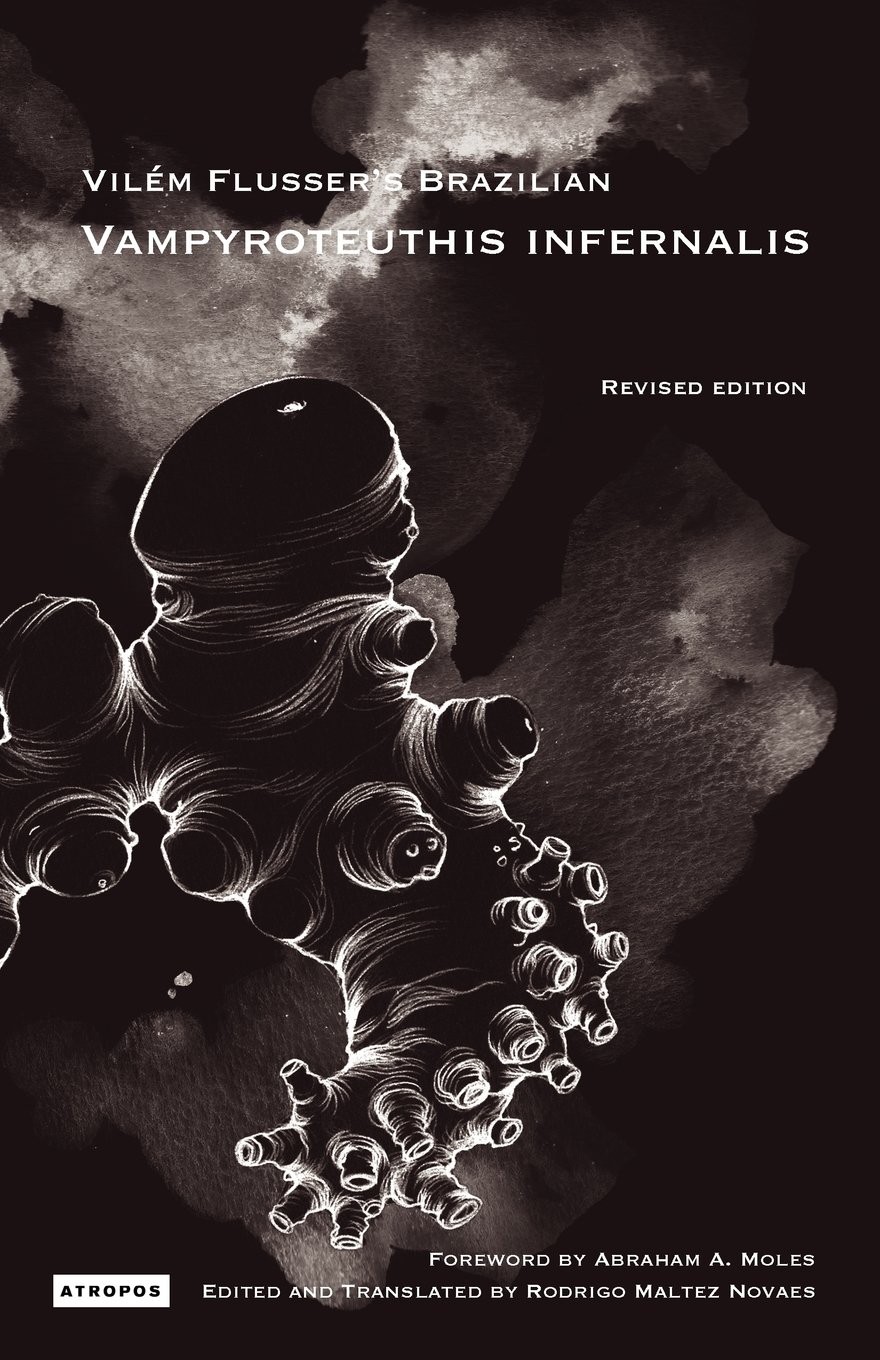 “How far apart are humans from animals—even the “vampire squid from hell”? Playing the scientist/philosopher/provocateur, Vilém Flusser uses this question as a springboard to dive into a literal and a philosophical ocean. “The abyss that separates us” from the vampire squid (or vampire octopus, perhaps, since Vampyroteuthis infernalis inhabits its own phylogenetic order somewhere between the two) “is incomparably smaller than that which separates us from extraterrestrial life, as imagined in science fiction and sought by astrobiologists,” Flusser notes at the outset of the expedition.

Part scientific treatise, part spoof, part philosophical discourse, part fable, Vampyroteuthis Infernalis gives its author ample room to ruminate on human—and nonhuman—life. Considering the human condition along with the vampire squid/octopus condition seems appropriate because “we are both products of an absurd coincidence . . . we are poorly programmed beings full of defects,” Flusser writes. Among other things, “we are both banished from much of life’s domain: it into the abyss, we onto the surfaces of the continents. We have both lost our original home, the beach, and we both live in constrained conditions.”

Thinking afresh about the life of an “other”—as different from ourselves as the vampire squid/octopus—complicates the linkages between animality and embodiment. Odd and strangely compelling, Vampyroteuthis Infernalis offers a unique posthumanist philosophical understanding of phenomenology and opens the way for a nonphilosophy of life.”

Another English translation, from the original, unpublished and extended Brazilian-Portuguese version of the manuscript found at the Vilém Flusser Archive at UDK, Berlin
Edited and Translated by Rodrigo Maltez Novaes
With a Foreword by Abraham A. Moles
Publisher Atropos, New York and Dresden, 2011
Interventions series
ISBN 9780983173410
158 pages

2 Responses to “Vilém Flusser, Louis Bec: Vampyroteuthis Infernalis: A Treatise, with a Report by the Institut Scientifique de Recherche Paranaturaliste (1987–)”